GDX is our favored index or ETF for tracking the gold stocks but it only tracks the large cap unhedged companies. In the world of gold mining and exploration, there are several sub sectors below the largest producers which comprise GDX, the HUI and the XAU. In recent weeks we have charted GDX to death. We know the market has initial support at $46, secondary support at $43 and very strong support at $41. That being said, I wanted to check the junior producers to see if they gave us a different read on the market or if they are in a similar boat as the large producers.

Below is a chart from an equal-weighted index we put together. It contains 20 companies which are gold producers. The median market cap is $900M, which is quite large. For the most part, these are the junior producers who were successful from the 2008-2010 bull market. After all, if a junior producer is successful during a cycle, then it’s no longer a true junior! 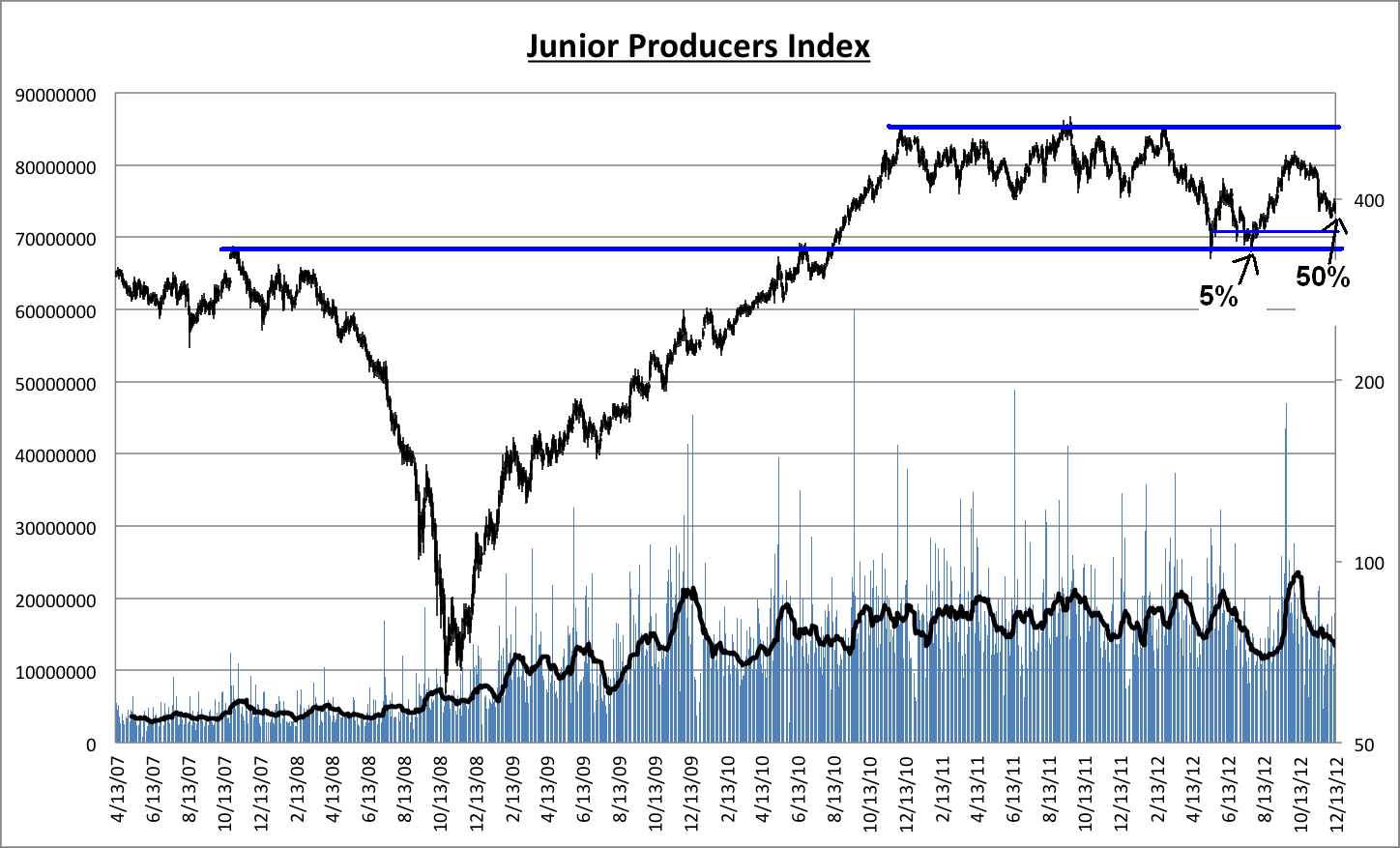 The 5% and 50% are breadth indicators (which we discussed last week). They refer to the percentage of the index (20 stocks) which is trading above its 200-day moving average. Currently, the 50% is quite high and shows strong breadth. Even if the index falls another 10%, breadth should remain comfortably higher than at the double bottom. This is what we expect at secondary lows following a major bottom.

Ultimately, this is still a very bullish long-term chart provided the market makes another low and resumes its fledgling cyclical bull market. In that case, in 2013 both large and junior producers will attempt to rally through the overhead resistance and retest the 2010-2011 highs. We could see the next major breakout at the end of 2013 or early 2014. Now is the time to be vigilant as large and junior producers are likely to bottom in the coming month. Speculators and investors are advised to carefully seek out the large or small companies which are poised for the best rebound. If you’d be interested in professional guidance in uncovering the producers and explorers poised for big gains then we invite you to learn more about our service.