Most chartists use daily or weekly charts. Few look at monthly charts. I don’t know of anyone (myself included) who pays any attention to quarterly charts. We decided to take a look at the quarterly chart of the HUI gold bugs index. It is below and we note the two big downturns in the market. Also note the importance of 300 which has been support for the past seven years. 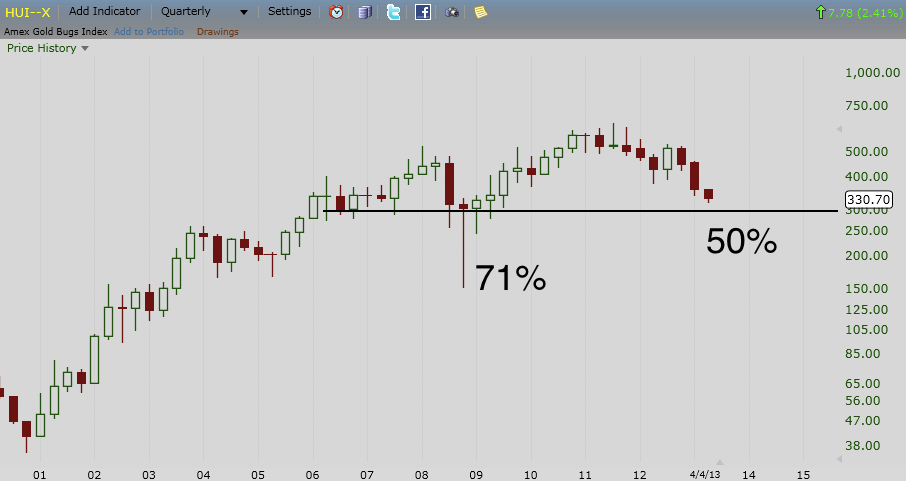 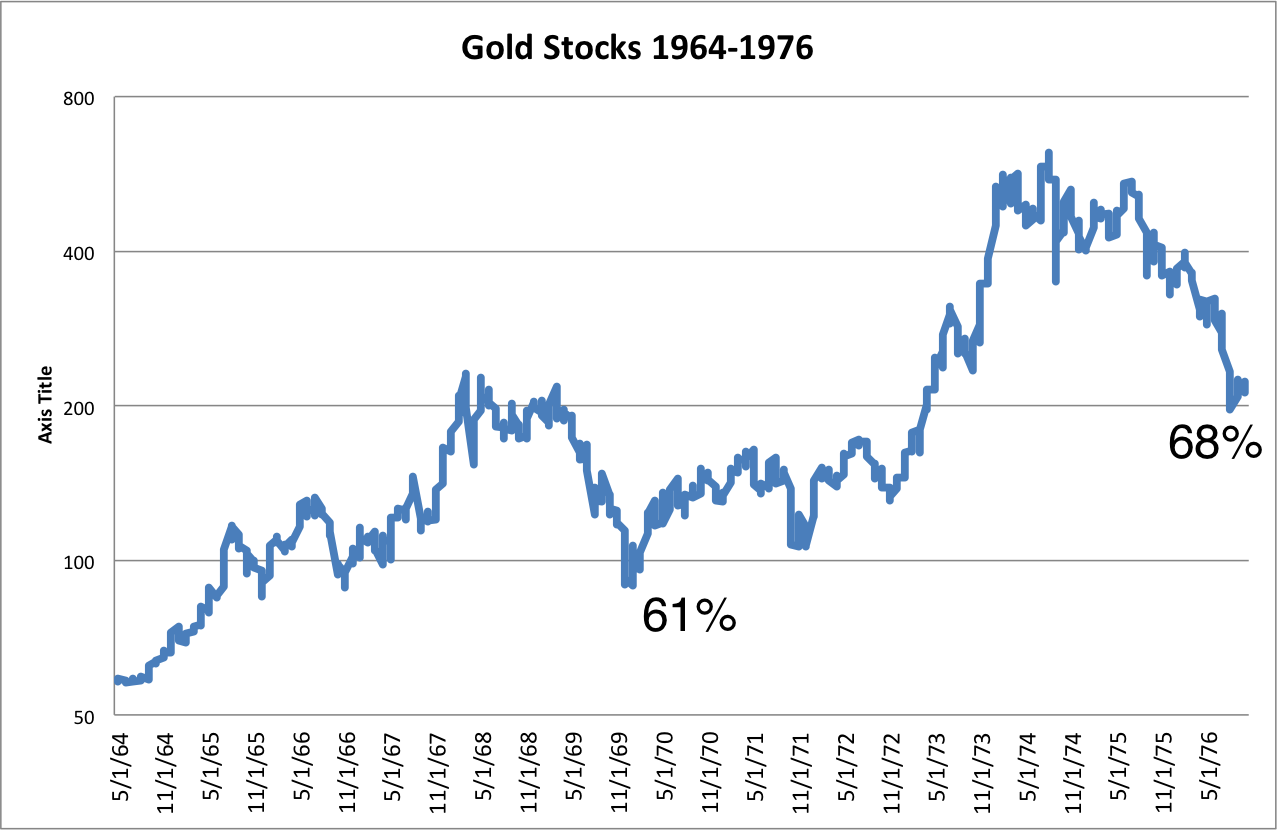 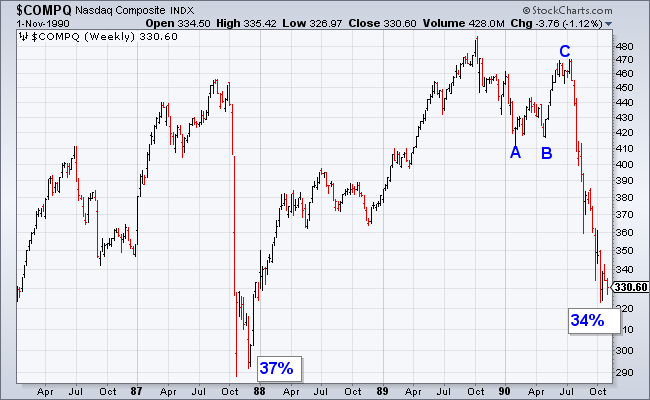 Like the Nasdaq, the HUI formed a bullish double bottom (A,B) and advanced quickly and strongly. Both markets then fell apart. The Nasdaq declined 31% in only a few months. That was almost as bad as the first crash! The gold stocks have declined about 40% in the last six months. 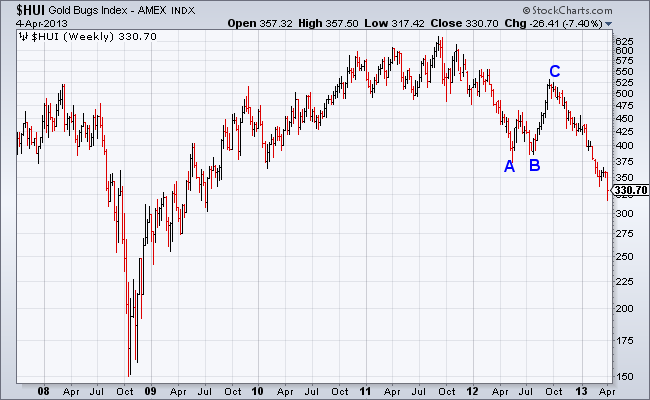 After its bottom in 1990 the Nasdaq gained nearly 16-fold over the next 10 years. Following its second massive downturn within the 1960-1980 secular bull market, the Barron’s Gold Mining Index advanced nearly 7-fold in the next six years. This is not to say that the gold stocks are likely to repeat the same pattern. This is to show that there is a strong historical precedent for the current downturn to occur in the context of a major bull market.

Ok, I know what you thinking. Jordan, why didn’t you provide this analysis weeks or months ago? The answer is, we’ve been aware of these charts and that is one of many reasons why we’ve slowly “scaled into” positions. We’ve told premium subscribers what our favorites are and how we plan to scale into and build those positions over the spring and summer months. On March 1 we wrote: As for the short-term, we began scaling into positions last week but maintain plenty of cash to be deployed (potentially) at our strong targets of HUI 336 and HUI 300.

Currently, the market remains in a bottoming process. We don’t know if Thursday’s low at 317 marked the bottom or not. Judging from the quarterly chart it looks like we could see a test of 300 or a temporary break of that level. On the other hand, Wednesday’s selloff occurred on record volume and Thursday’s reversal was quite strong. There is a chance a small head and shoulders bottom could be developing. Strong follow through on Friday would certainly raise the odds that 317 was an important low.

In any event, we are moving closer and closer to a major bottom and a large rebound in percentage terms. Weeks ago we noted the extreme pessimism in Gold was beyond the 2008 low by most metrics. Sentiment towards gold stocks is even worse. Traders and momentum players think the sector is one big joke. Mainstream funds who have the slightest interest in the sector are focusing on the metals and not the shares. I can’t recall a sector that has ever been this hated within a secular bear market. It is quite amazing. That aside, we are quite confident that the sector is days to a few weeks away from the start of a very strong rebound. Be advised that there are hundreds of mining stocks and stock selection is critical to achieving strong returns. If you’d be interested in professional guidance in uncovering the producers and explorers poised for big gains in the next few years then we invite you to learn more about our service. Tiho Brkan: These are the type of conditions that create great buying opportunities