I know this is hard to do, especially when one is weathering draw downs. And of course a liberal dose of gloating from the bears during these times doesn’t help either. But let’s not get sidetracked by the little things and let’s face it, the haters are going to show up every time gold corrects. We really should be used to that by now. They’ve been doing it for 10 years.

The cold hard reality is that gold is still in a secular bull market and the naysayers are having to ply their trade from ever higher levels.

So let’s take a look at what’s really happening shall we. 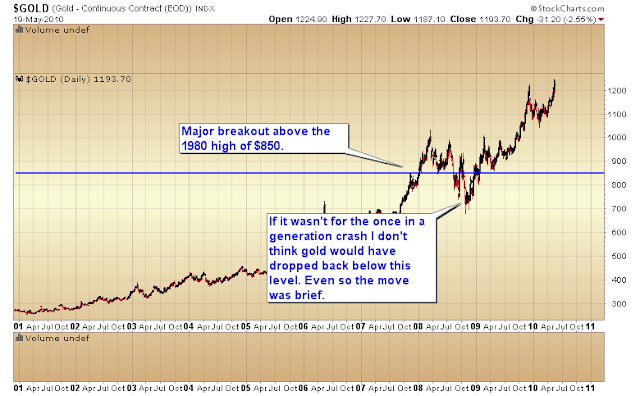 The single most important point everyone should keep in mind is the breakout above the 1980 high of $850. If it wasn’t for a once in a generation stock and credit market collapse I don’t think gold would have ever dropped back below that level. Even so the move was very brief and has now been tested at the last B-wave bottom. 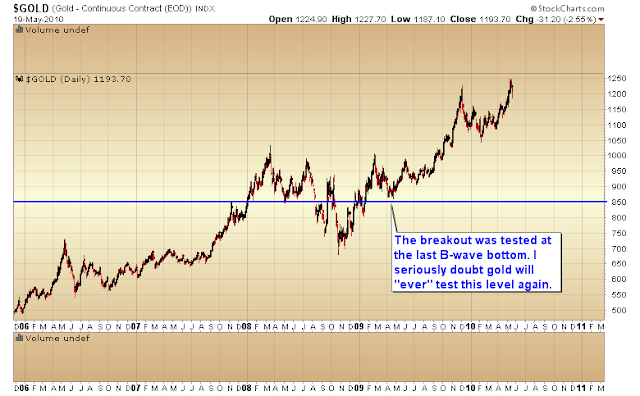 Folks I seriously doubt the world will ever see sub $850 gold again. Just like we’ve never seen sub $250 gold after the breakout in the 70’s. So anyone forecasting $700 gold just doesn’t understand how bull markets work. It just ain’t gonna happen.
Next came the breakout above the last C-wave high at $1025. 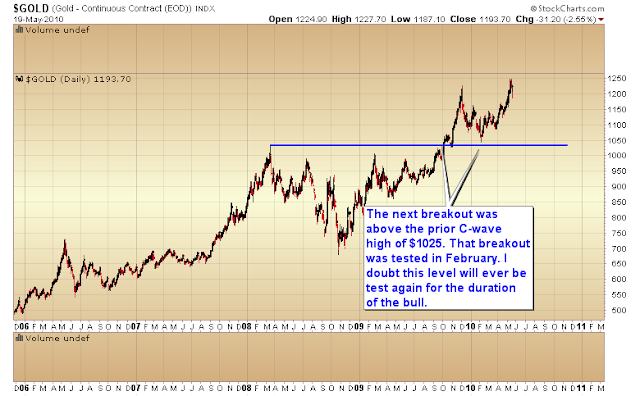 That breakout was also tested during the February yearly cycle low. I doubt we will see gold back below $1000 for the remainder of this bull market.
Now gold is trying to breakout and hold above the next big resistance level of $1200. The initial break in December was repulsed. Now we have a second break that is in the process of testing the breakout. 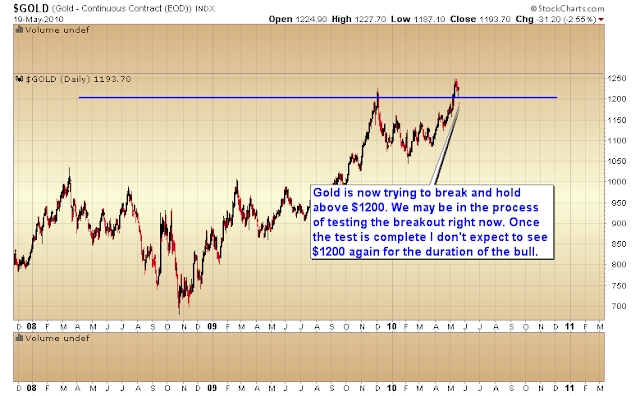 Now I have no idea whether this breakout will be the one that holds or whether gold will have to consolidate a bit more. But sooner or later gold is going to break above this level and never look back.
I think we probably have enough time left in the current intermediate cycle for it to happen soon, but if not, I’m confident it will happen and I’m on board and ready for the ride when it does.
My suggestion is when you start to get sidetracked by the daily wiggles or the intermittent draw downs you come back and look at these charts and stay focused on what really matters.
Previous

Why The U.S. Dollar Is a Heat-Seeking Missile