At the start of the year we wrote about what we could expect from the gold stocks and juniors over the first half of the year. All of these markets experienced significant multi-year breakouts in late 2010. This year called for a retest of those breakouts before the next advance would begin. We believed that these markets would spend much of 2011 retesting the breakouts and that markets would later be in position for an unabated advance into 2012 and beyond. We wanted to provide an update on.

First we have the NYSE Gold Miners Index. This is broader than the HUI and GDX but generally follows the same pattern. The market brokeout in September 2010 and successfully retested the breakout in January and two weeks ago. The large cap miners have struggled but are now in an excellent position. Essentially there is no resistance after the peaks near 1800. We also want to note that on any historical gold stock index, the 2008 highs are essentially the same as the 1980 highs. Thus, the breakout in late 2010, if sustained is a historic breakout. 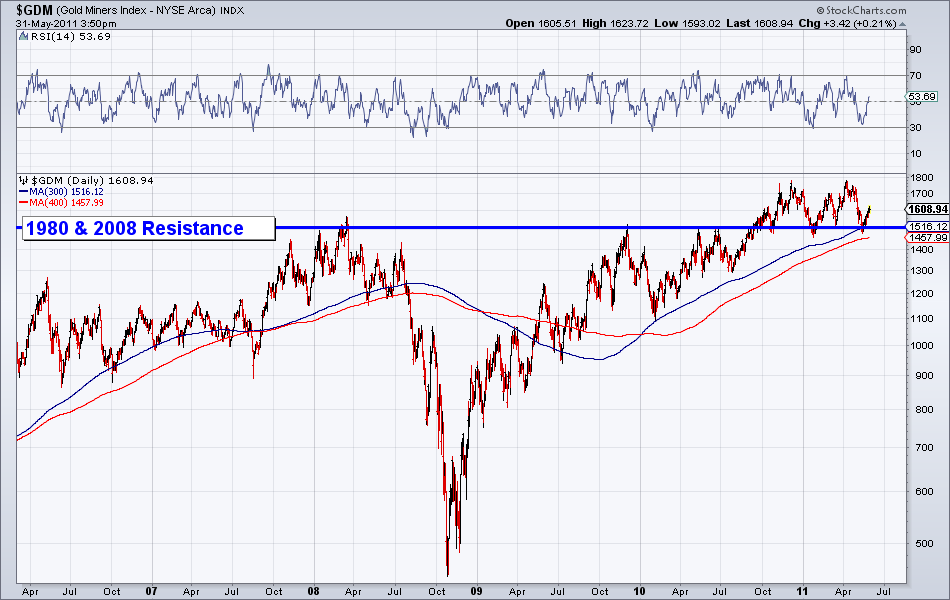 Our Junior Gold Index (25 companies equal weighted) has been the strongest. It broke past its 2007 high in late 2009. The market has a larger retest zone than the others. The market recently bottomed at a strong confluence of support. The bottom came at the 62% retracement of the 2010 advance, an area of lateral support as well as our 300-day moving average band. We expect the low to be retested later this summer but it should hold. 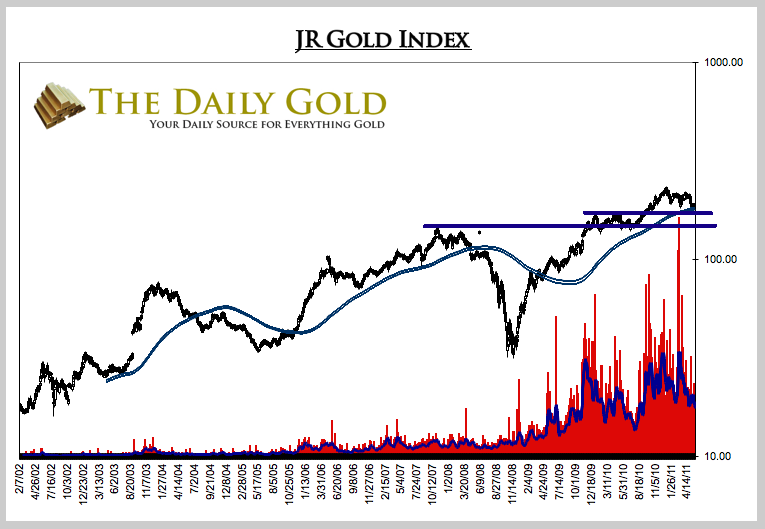 Meanwhile our Junior Silver Index (10 stocks equally weighted) has the clearest breakout/retest pattern. The market broke past 170 in late 2010 before reaching 240 in early 2010. The late January bottom occurred at 175. The recent bottom occurred at 210. These breakouts are from multi-year resistance so retests will generally last longer than a few months. 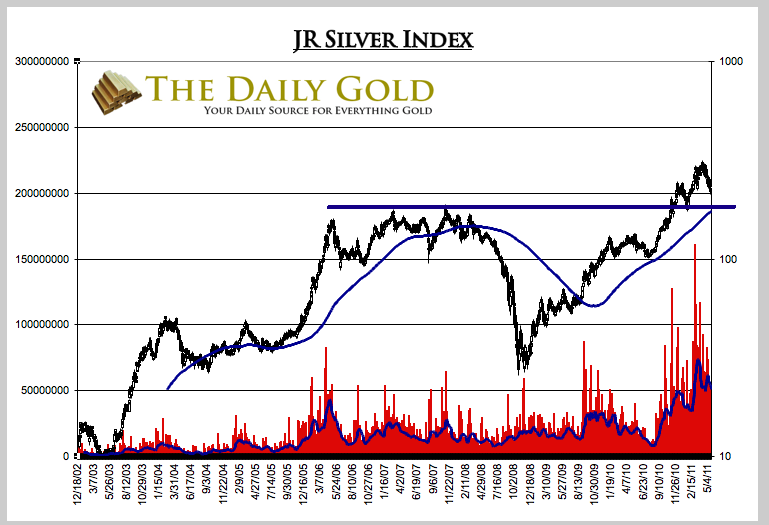 There you have it. Gold and Silver shares have acted according to a big picture plan we laid out at the start of the year. Major multi-year breakouts are always accompanied by a retest that can take months to play out. Nine or twelve months from now this retest will be a distant memory and likely a missed opportunity for most to accumulate shares in a bull market that could is on the cusp of a major move higher. If you are looking for more analysis and professional guidance as to how to profit in this bull market, then we invite you to learn about our premium service.