This is an important juncture for Gold and let me say the analysts. We are starting to see some disagreement on Gold and that is natural after a strong surge. It is a small part of the reason why Gold is likely to soon replicate its last move. We believe the market is ready for another big move that could leave many on the sidelines. It is somewhat of a contrarian call. After a 25% surge in less than two months its natural to assume its overbought and a correction is needed but the evidence favors another surge higher.

First, we’ve been talking about an acceleration in Gold for months. It finally happened or is happening. We can see that the market has accelerated past the trendline (and also a longer trendline shown in previous charts). The acceleration is bullish but more important is that the market is holding well above this previous resistance which indicates that the acceleration and not the former trend remains in effect. Secondly, Gold has only retraced (the minimum required) 38% of the move. Third, note that in the past two years Gold bottomed about five times at the 150-day moving average. Most recently it bottomed at the 100-day right before the surge.

The next day or two could be critical as Gold is likely to test the low near $1750. A strong rebound would solidify that bottom and it would ocurr well above the 100-day moving average and well above previous trendline resistance. See the chart below. 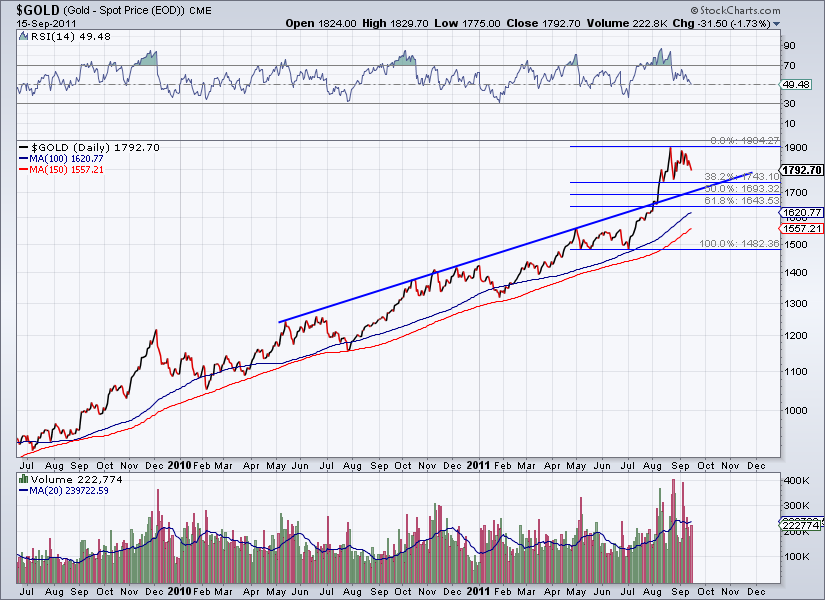 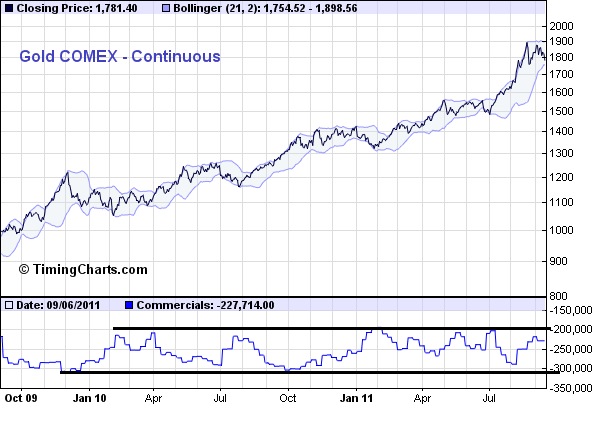 Furthermore, the action in the equities has also been encouraging. The mining equities have held up quite well during this period of weakness in the metals. This includes Thursday’s action. Gold closed down 1.7% yet GDX and GDXJ closed down fractionally while forming a bullish reversal pattern. Silver closed down 2% while SIL closed down only 0.8% and also formed a bullish hammer. Moreover, a handful of our favorite silver companies are trading near April high while Silver is more than 20% off its April high.

There you have it. Emotion may tell us to worry, be cautious and expect more weakness and a prolonged consolidation. It could happen. I am in the business of managing risk and assessing probabilities. The evidence says otherwise. And by the way, the equities are already showing relative strength. Couple that with a big move higher in Gold and we could see a very strong move the next few months. If you’d like some professional guidance in navigating this upcoming move then we invite you to learn more about our service.

Gold heading to $2,350 per ounce after 4th wave consolidation