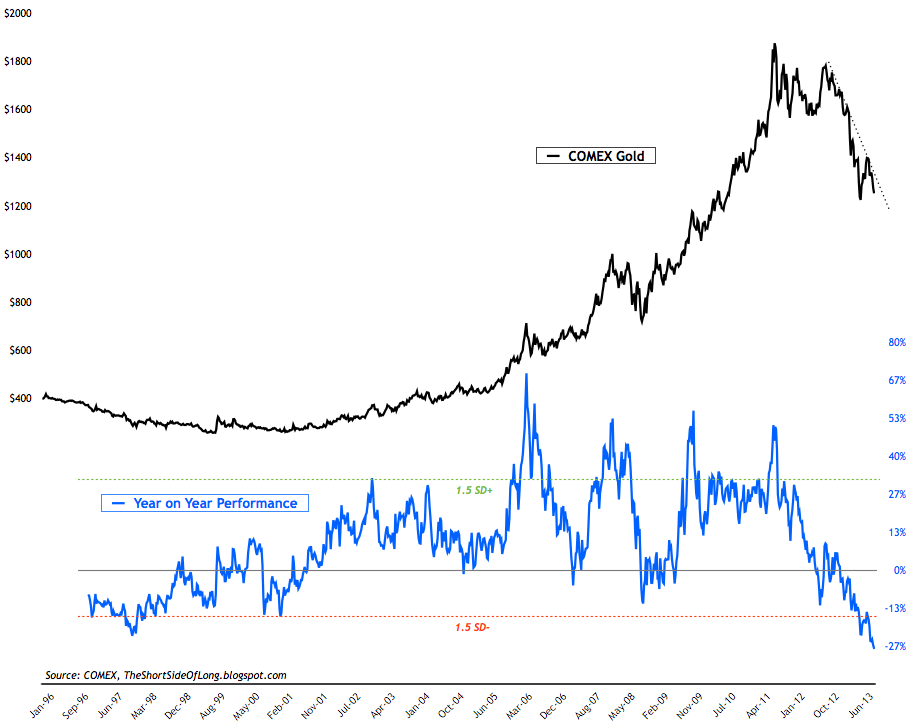 According to at least one technical indicator, Gold is now most oversold since 1985. The indicator I am tracking here is the simple yearly rolling performance, also known as 52 week rate of change. Essentially we are looking at the performance of an asset over the last 12 months – and Gold is having one of the worst ones ever.

Chart 2: Gold prices haven’t been this oversold since 1985 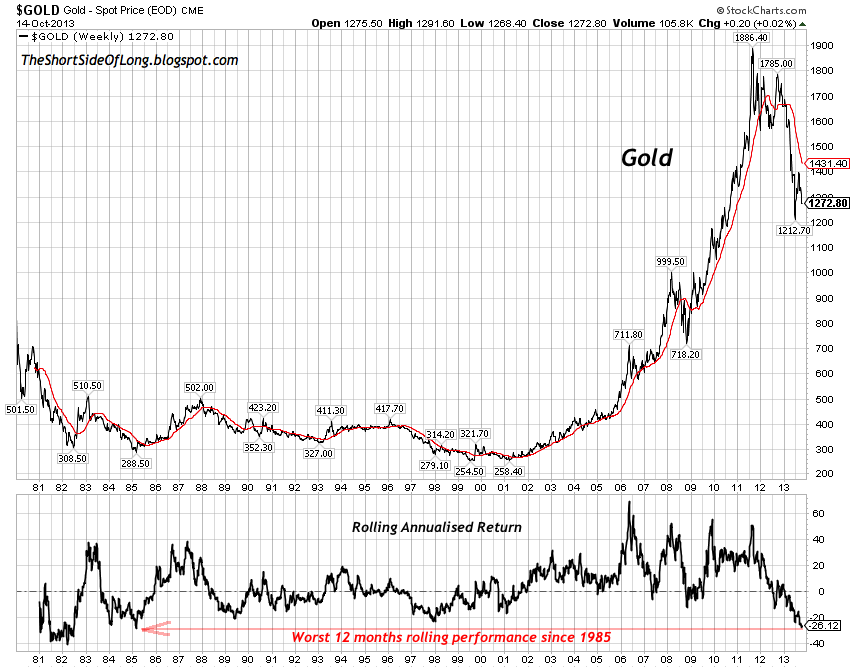 Source: StockCharts (edited by Short Side of Long)
The truth is, Gold is going through a correction it was meant to have earlier, but never did. Instead, it ended up going up 12 years in the row. Even the 30% bear market correction in 2008 wasn’t really meaningful, because within a few months the price recovered all the loses and went onto make new highs. This type of behavior is very rare.

With such a strong run up, a possibility of a proper mean reversion was always in the cards. And mean reversion is what we are getting right now. Looking at the chart above, Gold is now down over 27% (including today’s decline) over the last 52 weeks, which is the worst annualised performance since 1985. 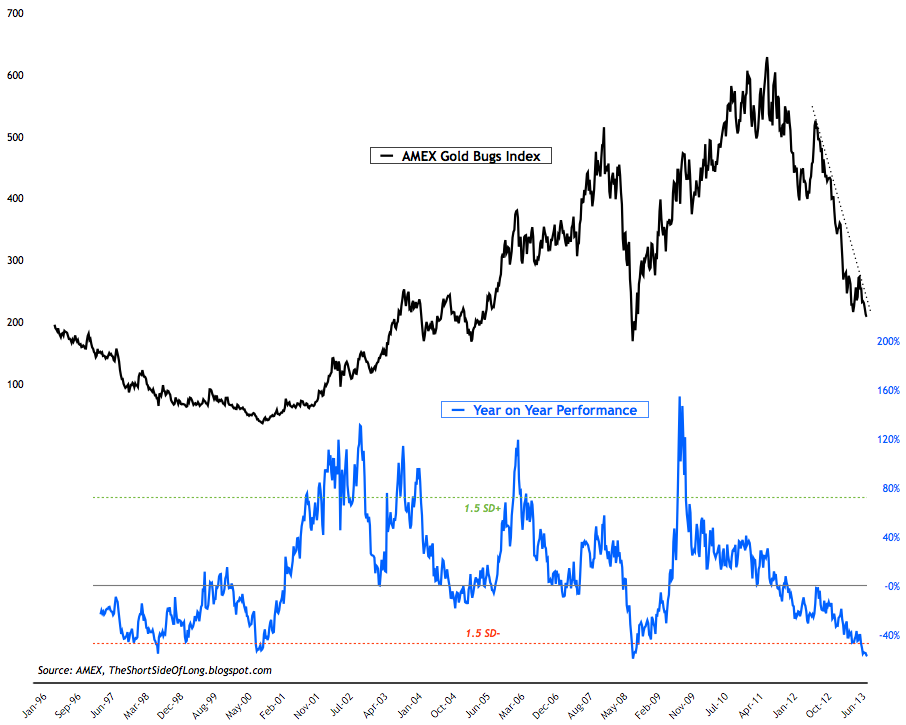 Source: Short Side of Long
Gold Miners have faired even worse, being the leveraged play on Gold via both the upside and downside. The chart above shows that the sector is incredibly oversold right now, as the price has lost over 57% in the last 52 weeks. Similar instances with such a dramatic decline were seen in 1998, 2000 and 2008. All of them eventually resulted in major bull markets.

However, do note that this type of oversold level can persist for awhile longer, because the anomaly was how hard Gold rallied throughout the 2000s. Mean reversions don’t stop at equilibriums, as the markets always overshoot or undershoot. Having said that, these types of oversold conditions are over 2 standard deviations away from the multi-decade mean and rarely continue for a prolonged period. Usually the mean reversion occurs in the opposite direction as a major rallies occur from oversold levels.