In early November we made the case that precious metals were in danger of a final plunge before a bottom. The decline that ensued has abated in recent days. It appears that a short-term rally is underway. The bear market is very close to ending but we can’t say definitively just yet.

The chart below shows all of the worst bear markets in gold stock history. For the current bear market (black) we replaced the HUI Gold Bugs index with the XAU index. The reason is the XAU is a better reflection of the historical Barron’s Gold Mining Index (BGMI). The HUI is more volatile. This chart suggests that if the gold stocks have not bottomed yet, they are damn close. 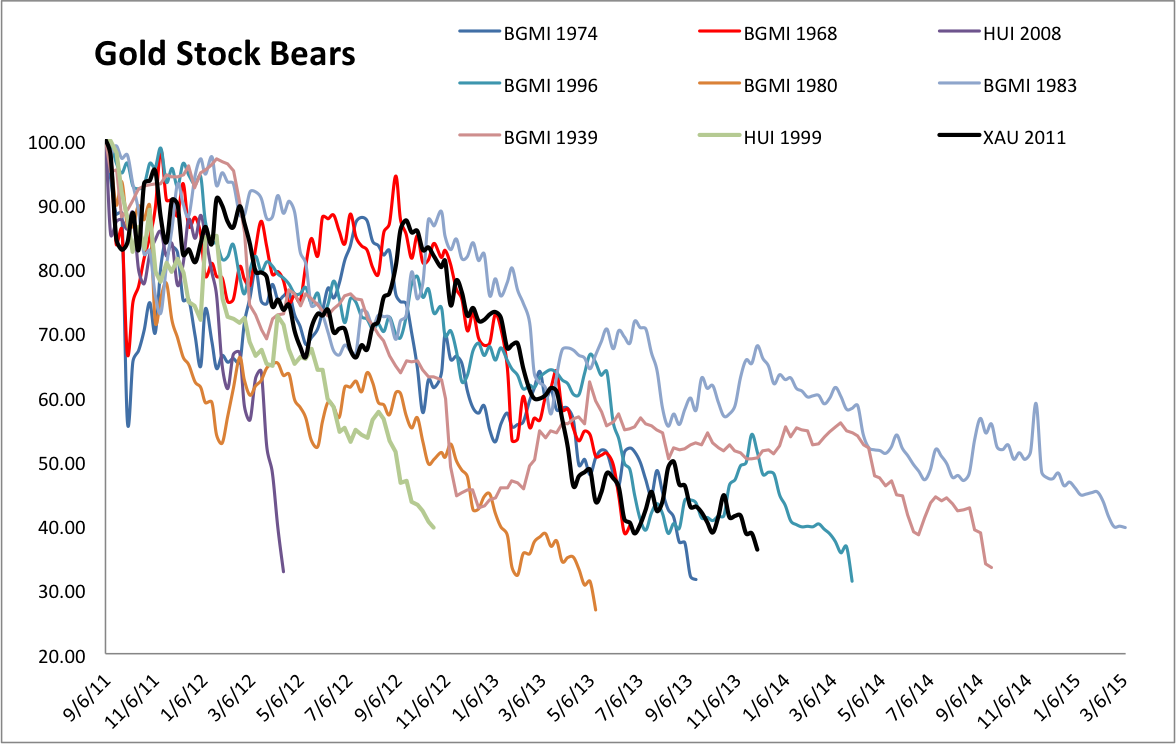 A similar conclusion can be made upon examination of the monthly chart of the HUI Gold Bugs Index and GDM Index (father of GDX). GDM bounced from a level of support that dates back to 2004. 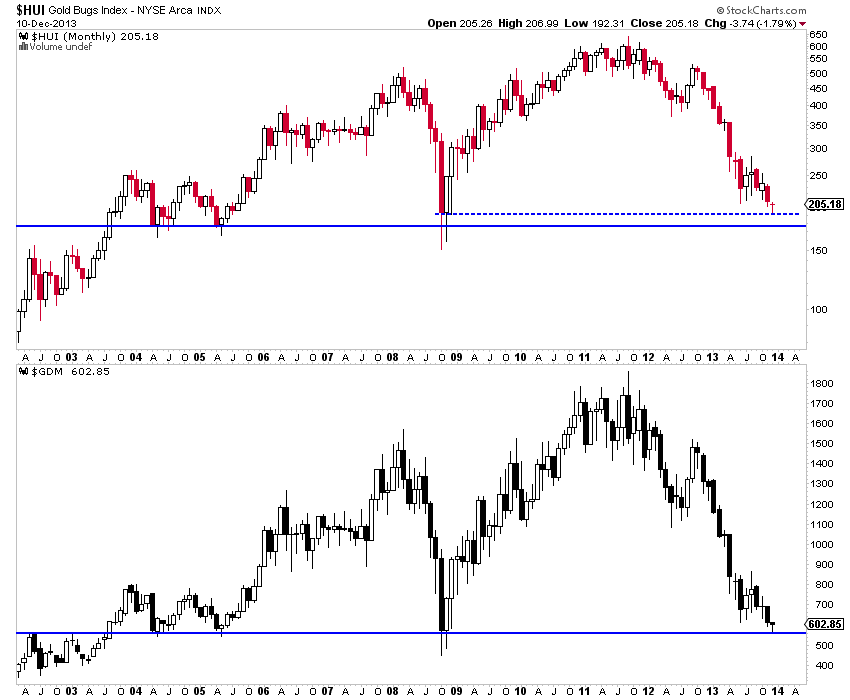 While the mining stocks by themselves appear to be very close to a major bottom, the metals are creating some uncertainty. I know that some will be quick to call a double bottom but I would be more cautious. A double bottom typically explodes off the second bottom. Part of the reason is the first rally typically isn’t so strong and the market then declines without interruption to the double bottom. That is not the case here. Gold has strong resistance at $1350 and $1400. To validate a double bottom Gold would need to immediately rocket higher and through $1400. I don’t see that happening.

In looking at the history of cyclical declines in Gold we find that the shorter declines tend to end with a strong selloff as was the case in 1976 and 1985. The current decline is most similar to those two. 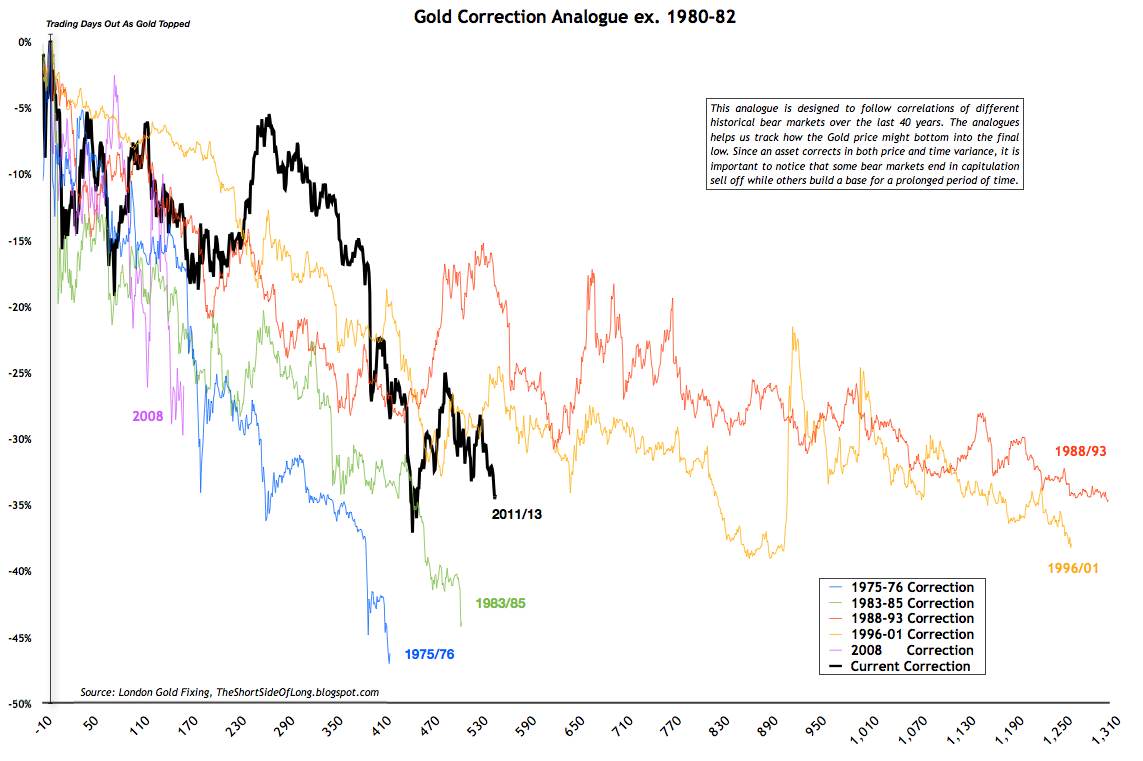 The bulk of the evidence leads me to believe that we probably have not seen the bottom though we are very close. In contrast to Gold, the mining stocks appear to have very limited downside potential. It’s difficult to make a case that they can move much lower. Gold, on the other hand, which last closed at $1261 doesn’t have strong support until the 50% retracement at $1085 and the 12-year trendline slightly above $1100. The worst is over for the mining stocks but we don’t know that to be the case with Gold.

Bottoms can happen in an instant or develop through a basing process. Huge immediate rebounds originate from extreme oversold conditions. We don’t have that at the moment. The corollary is that precious metals spend the next few months in a basing process. The bottom line is there is no need to aggressively buy yet unless the market becomes extremely oversold and plunges to a new low. Wait for that to happen and if it doesn’t, then a base is likely developing. Another thing to note is that the gold stocks started the bull market in November 2000 while Gold bottomed three months later. If you’d be interested in more of this analysis and the companies poised to rocket out of this bottom then we invite you to learn more about our service. The H-Word is Back in Gold