With the move below $1535 this morning gold has confirmed that it is still moving down into a D-Wave bottom. There has been some question as to whether or not the D-Wave had bottomed in September. The penetration of that intermediate low this morning confirms that the D-Wave did not end during the overnight selloff on September 26.

In the chart below I have marked with blue arrows the last several yearly cycle lows. As you can see they tend to occur in January or February. The timing band for the next cycle low should occur sometime in early to mid January. That should mark the bottom of this D-Wave decline with the slight possibility that there could be one more short daily cycle down, bottoming in early February. This will almost certainly be dependent on whether the dollar cycle has one or two more daily cycles higher before rolling over into an intermediate decline. Current sentiment levels on the dollar index are suggesting only one daily cycle higher, which should signal a final bottom in the gold market sometime in the next 2-3 weeks. 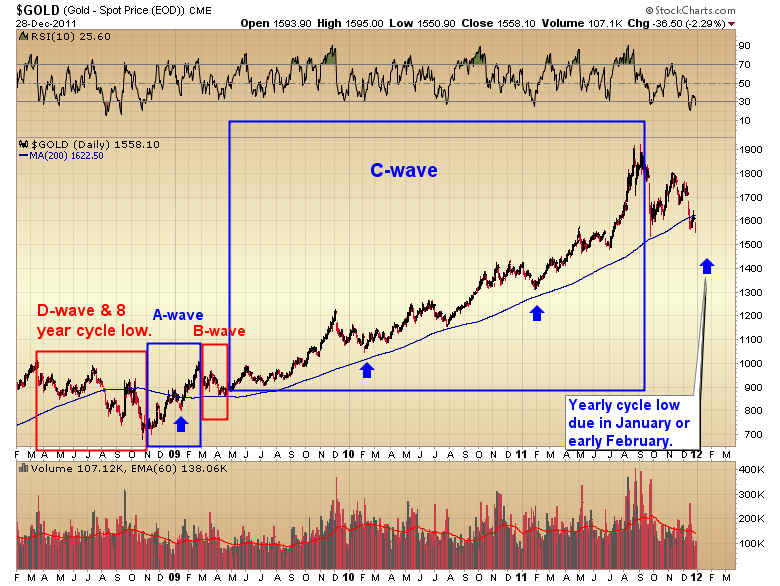 If gold can make it back to the 50% retracement in the next couple of weeks I would probably be inclined to call a yearly cycle low at that point. If however gold holds above $1500 at the next daily cycle low due in early to mid-January then I would be wary of one more daily cycle down to test the 2010 consolidation zone and 50% retracement ($1400) sometime in early February. 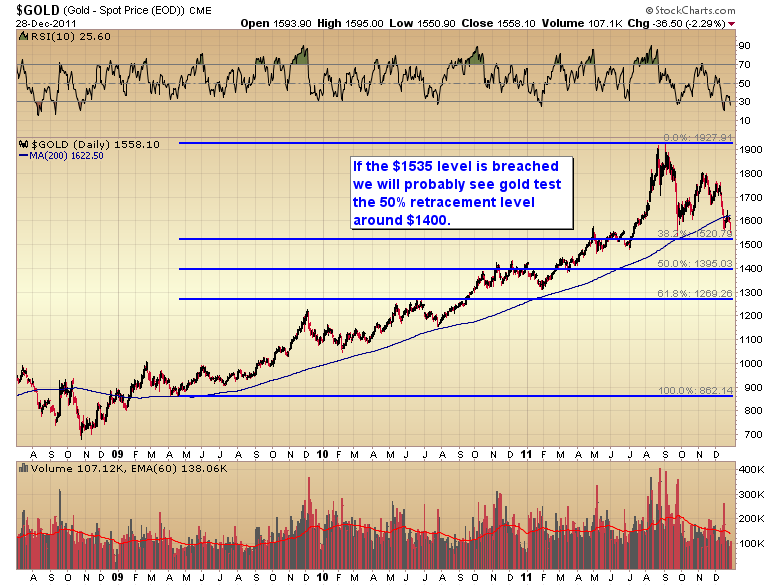 The combination of the dollar rally out of its three year cycle low, gold’s yearly cycle low, and a D-Wave decline are going to produce a very sharp correction in the gold bull market. Before this is over most analysts will declare the gold bull dead. On the contrary, sometime early next year you are going to get the single best buying opportunity we will ever have to reenter the secular gold bull in preparation for the bubble phase that should top in late 2014 or early 2015.

As a matter of fact, now that we have confirmed that this is an ongoing D-Wave decline, once its bottom has formed it will generate a violent A-wave advance that should test the 1800 the $1900 level rather quickly later this spring. 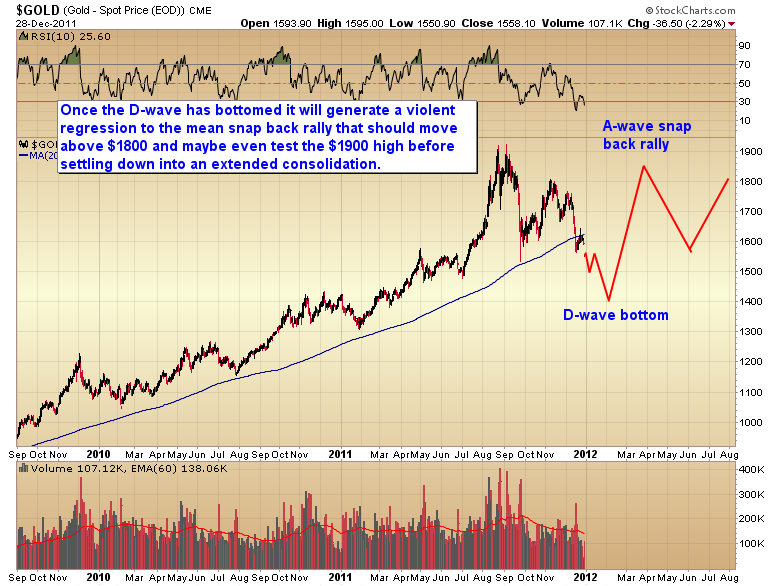 Serious money will be made during the A-wave advance. One just needs the patience to wait for the D-Wave to bottom before jumping back into the pool. Is a Powerful Rebound In Gold and Silver Prices About To Begin?