Once every year gold and stocks form a major yearly cycle low. Commodities form a major cycle bottom every 2 1/2 to 3 years. Every once in a while all three of these major cycles hit at the same time. I’m pretty sure that’s what is happening right now. 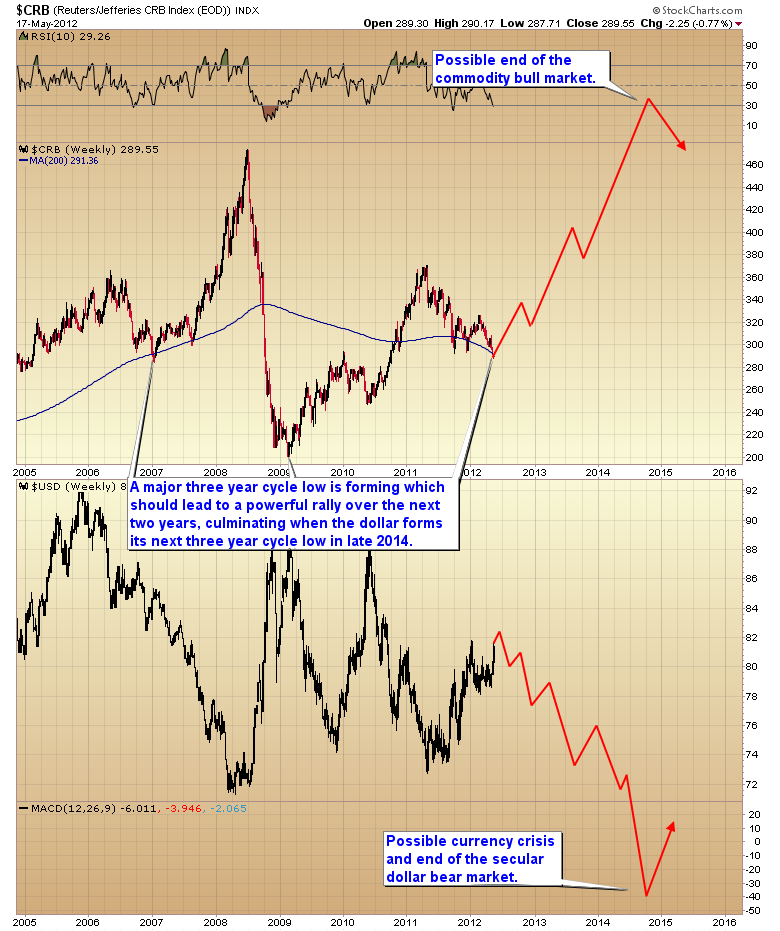 The implications are that once the CRB has completed this major cycle bottom we should see generally higher prices over the next year and a half to two years, presumably topping during a major currency crisis as the dollar drops into its next three year cycle low in the fall of 2014.

I think the 30 point rally in gold today is signaling that gold has put in its yearly cycle bottom. Since gold did not break below the December low of $1523 I think we can assume that this is a B-wave bottom and should be followed by the consolidation phase of a new C-wave that should breakout to new highs either later in the fall or next spring. The next two years should generate an even more impressive advance than the 2009-2011 rally, possibly even generating the bubble phase of the bull market in late 2014 or early 2015 as the dollar crisis reaches a crescendo. 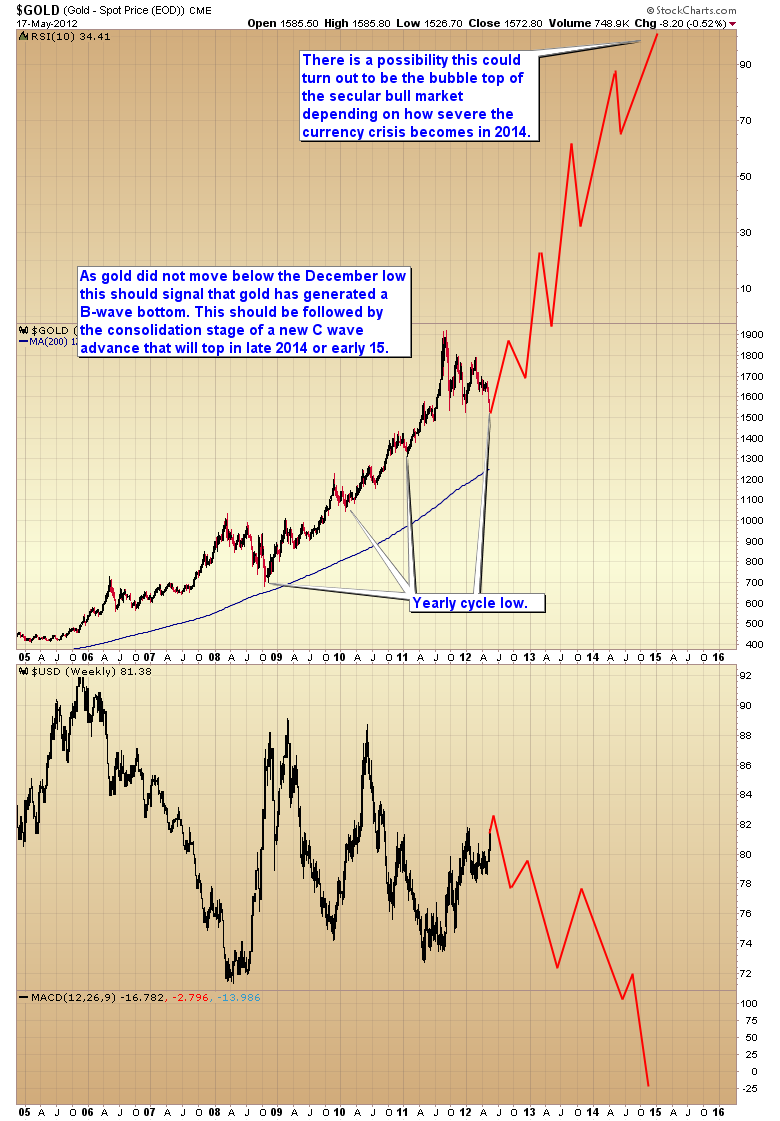 As gold usually leads the stock market by a few days, we should see the stock market put in its yearly cycle low sometime in the next several days. However the outlook for stocks is not as bright as the commodity sector. While I do think continued currency debasement will probably drive the stock market to at least marginal new highs I also think an increasing inflationary environment is going to compress profit margins and constrict consumer spending. After a long topping process the stock market and economy will probably roll over and follow the dollar down into that 2014 bottom. 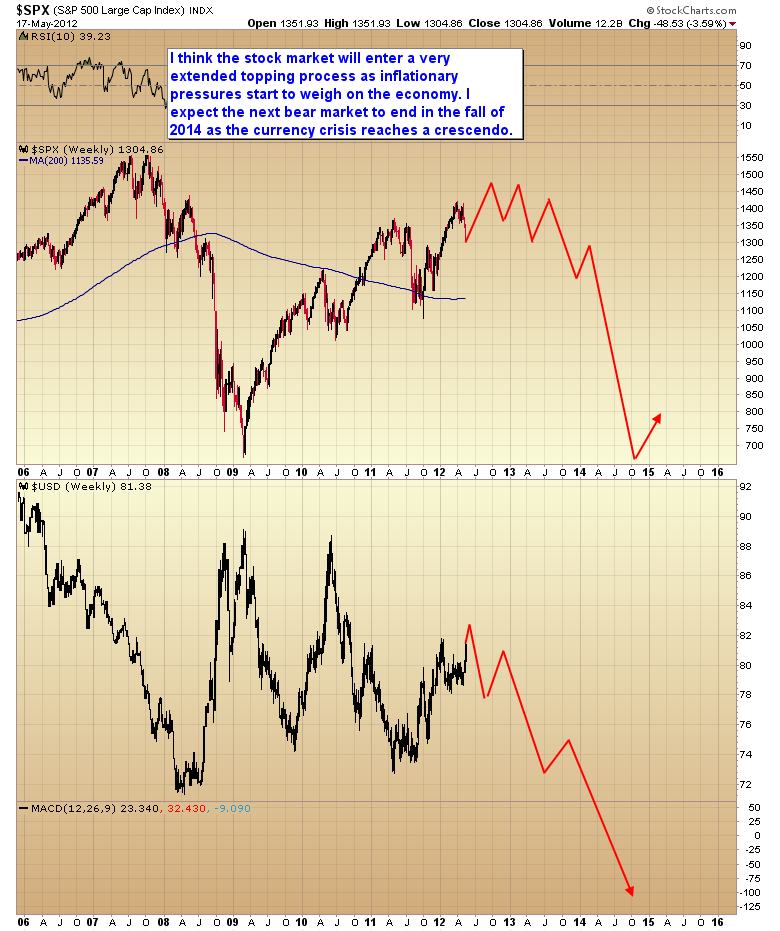 While I’m not ruling out one more quick dip below $1523 to wash out stops below that technical level, I think gold is in the initial stages of the next leg of the secular bull market. This last C-wave from 2009 – 2011 was the C-wave of silver with a 400%+ gain at the parabola top in May of last year. 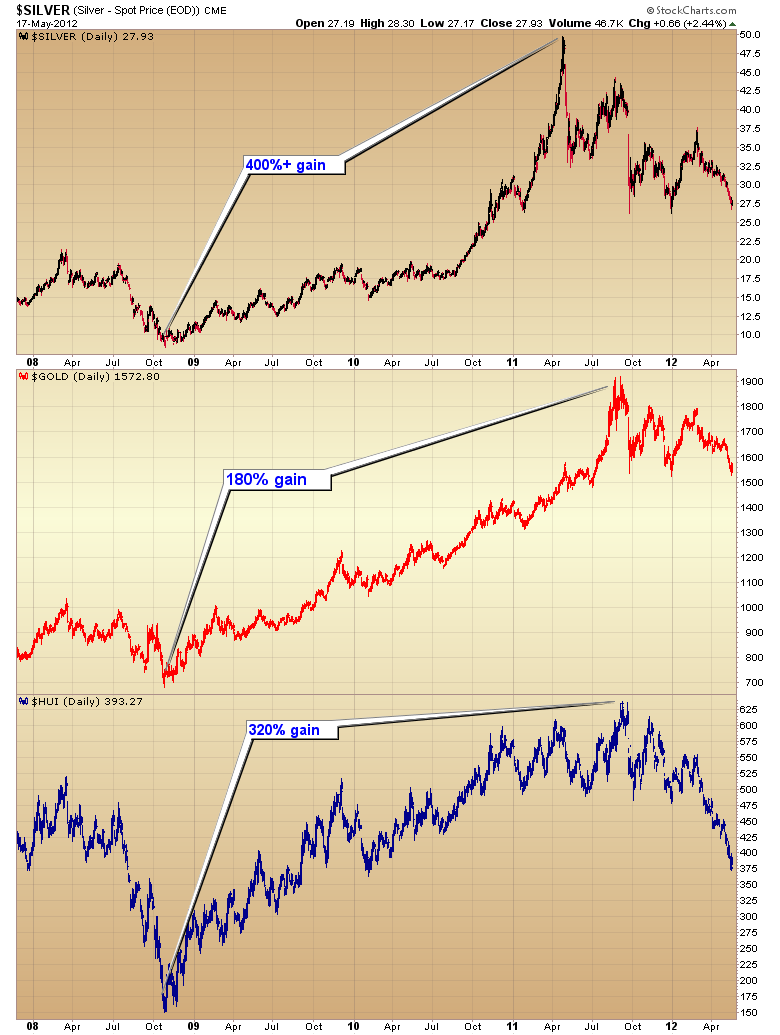 This next C-wave will be the C-wave of the mining stocks. During the irrational selling over the last eight months mining stocks have reached levels of undervaluation that have only been seen one other time in history(2008). That drove a 300% rally over the next two years. 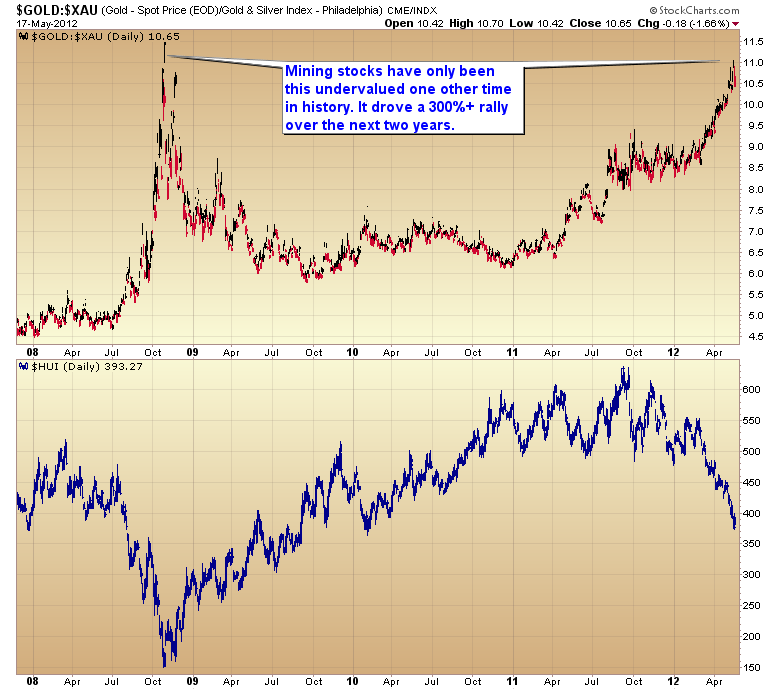 I suspect we will see something similar or even larger as the market gets busy correcting this irrational undervaluation.

I think we are at, or very close to what is likely to be a once or twice a decade opportunity in the metals sector, especially the mining stocks.

$10 one week trial to the premium newsletter.

Is Major Decline in the Precious Metals Stocks Underway?