Though we’ve anticipated this rebound since late spring (albeit way too early), it is just about here and will pay big rewards to those who are long. A few weeks ago we wrote 6 Reasons why Gold Stocks will Begin a Big Rally. Since then, the action has been increasingly positive. In four of the past seven days, GDX closed near the high of the day and formed a strong white candle. In the other three days GDX closed well off the lows of the day. The action of the past seven sessions is a sign of accumulation. During these days the sector has performed well in the last 30 minutes of trading (which is when the smart money is most active). We will explain why we are even more confident that a big rally is days away from beginning and why it could continue until late September.

GDX’s price action appears to show a developing reverse head and shoulders bottom. If GDX closes above $31 then it brings a potential target of $35.50 into play. Aside from the bullish price action there are two other important points. Note that the hourly RSI is acting bullish for the first time in many months (yellow). The RSI pierced 70 to the upside and is holding in bullish territory while the market consolidates. Also, the miners have been outperforming Gold. The stocks lead the commodity at key turning points. Gold has struggled to break free but the fact that miners are showing more strength is encouraging for the entire sector. 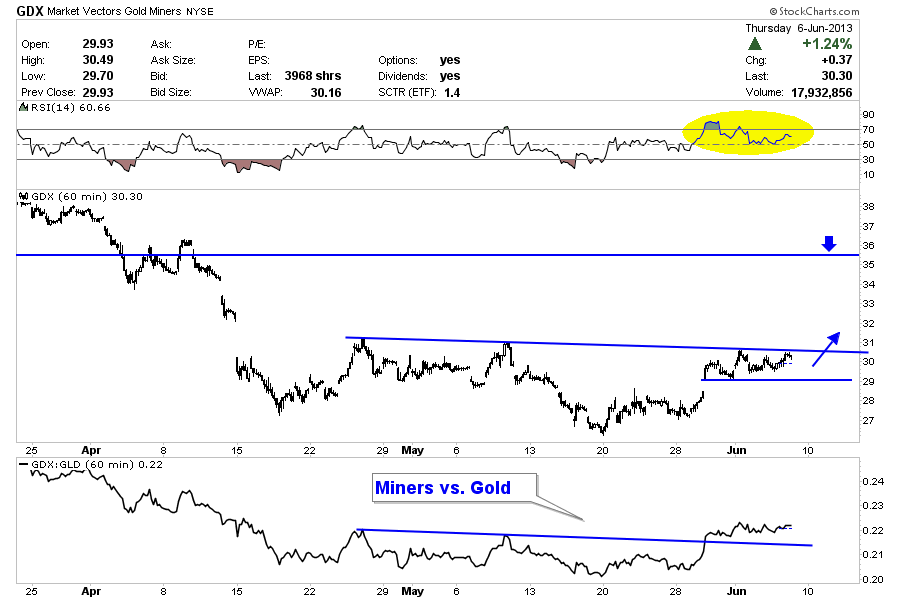 Six days ago the miners gapped up and the majority of the sector (as well as GDX, GDXJ, SIL continues to hold the gap. Checking back to 2008, (chart below) we find that GDX gapped up many times and left three open gaps that were never filled. Two of these gaps occurred immediately after higher lows. The gap from six days ago occurred less than 48 hours following a higher low. 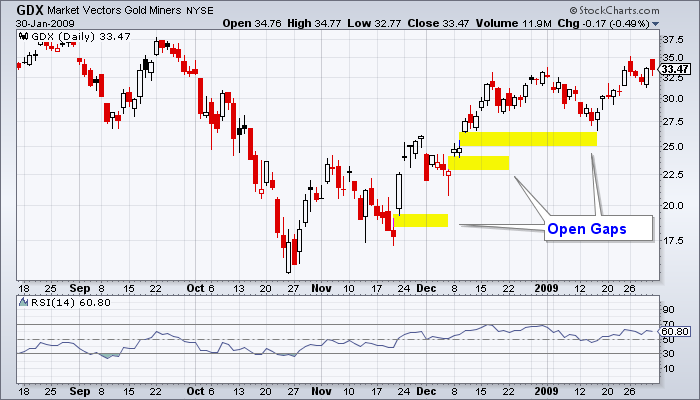 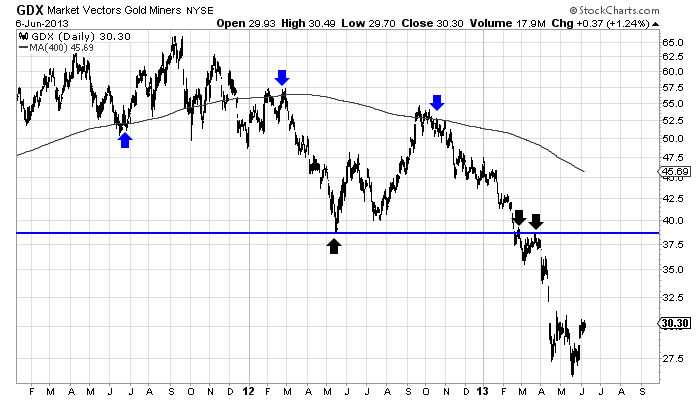 If GDX reaches $39 by October then that is a 50% rebound in less than five months. History suggests this is not extreme. In the chart below (which uses weekly data) we show the performance of the gold stocks following their most oversold points within the two secular bull markets. The biggest rebounds followed the 2000 and 2008 lows. Note that the rebounds accelerated in earnest about five weeks after the bottom. 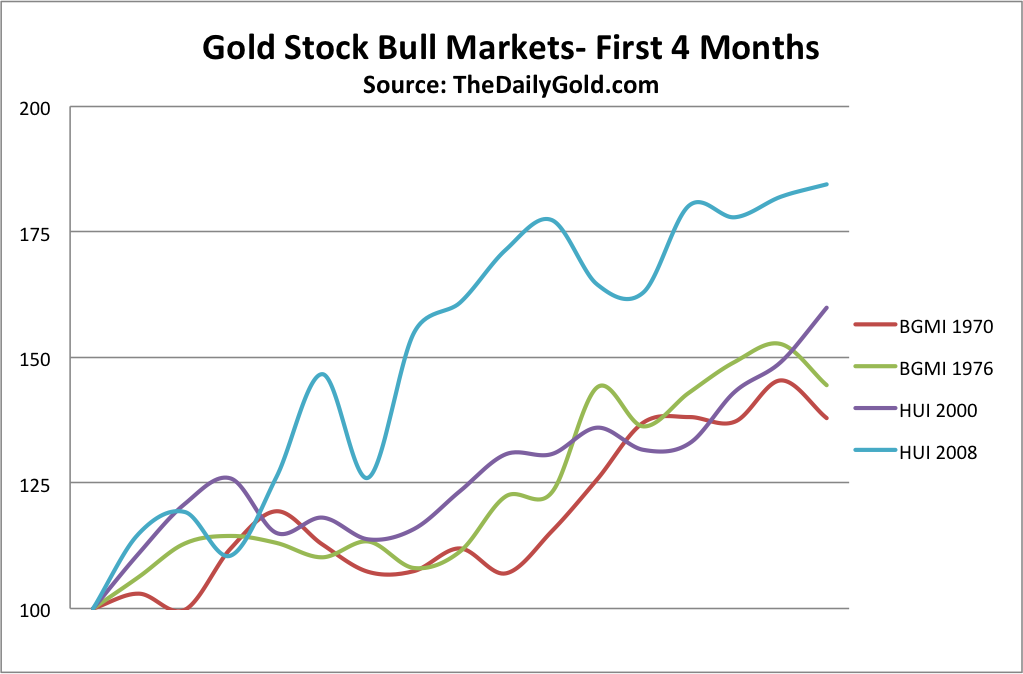 Traders should use the low in late May (on GDX & GDXJ) as a stop.

Some may decry our analysis because Gold has yet to break $1420 and Silver has yet to break $23. At market extremes and turning points its best to focus on the stocks as they are the “tell” for the sector and the commodity. We are aware that there are huge short positions in Gold and the unwinding of those positions will add further fuel to the rebound in both the metals and the shares.

It’s been a tough road for precious metals but the path ahead has strong potential of being significantly profitable and in a short period of time. The buying opportunity that we’ve spoken of for months is now here. When precious metals equities rebound, they rebound violently. If you’d be interested in our analysis on the companies poised to recover now and lead the next bull market, we invite you to learn more about our service.