Mark Twain said history doesn’t repeat itself but it rhymes. We often see that in the capital markets. The big decline in Gold this year is reminiscent of that of 1975-1976. Yet, aside from that there are several other similarities between today and 1976. Gold, gold stocks, the stock market and commodities appear to be in a similar position today compared to 1976. We note and discuss the four similarities. 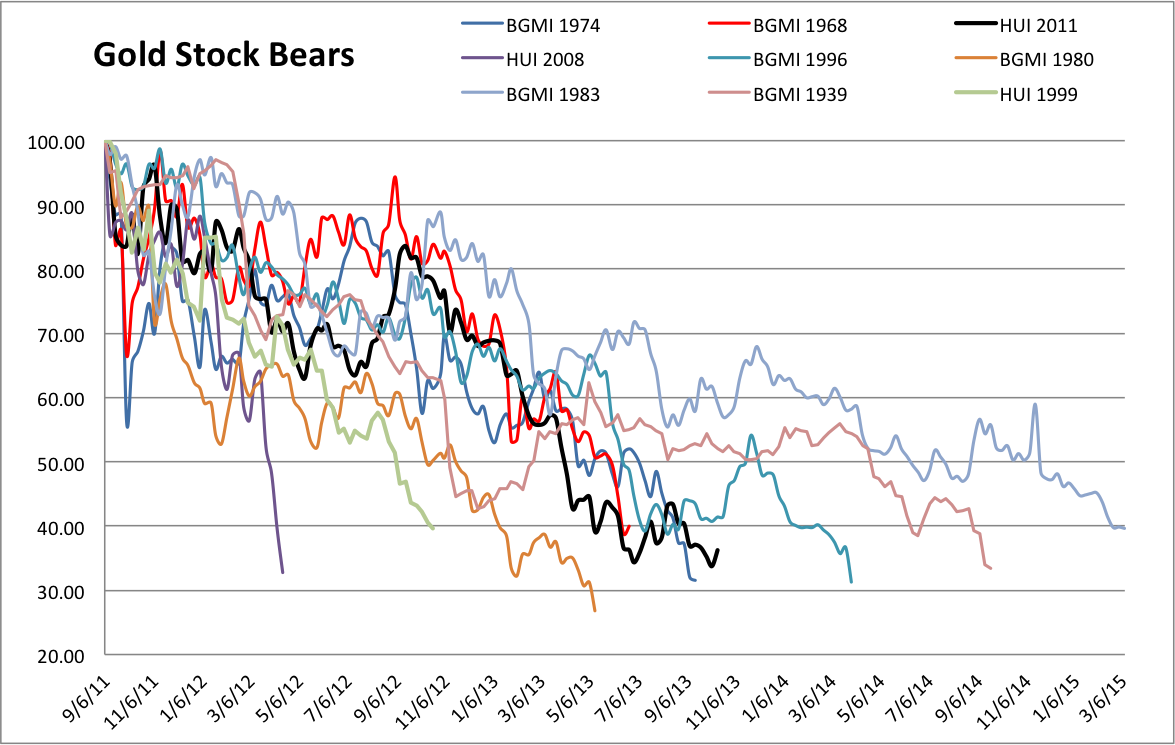 The next shows three of the four major cyclical bear markets which occurred within secular bull markets. (The 2008 bear is omitted). Look at how close the current bear is to the 1974-1976 bear? They are nearly identical in terms of price and time. It’s also not far off from the other bear. 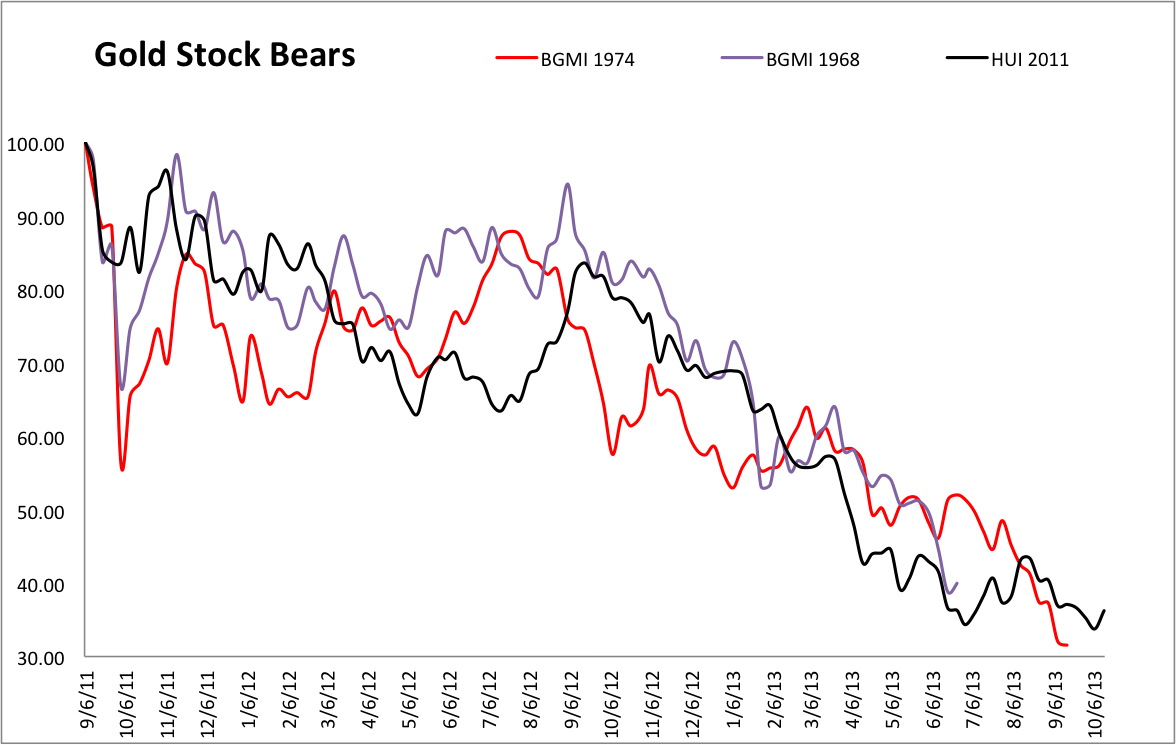 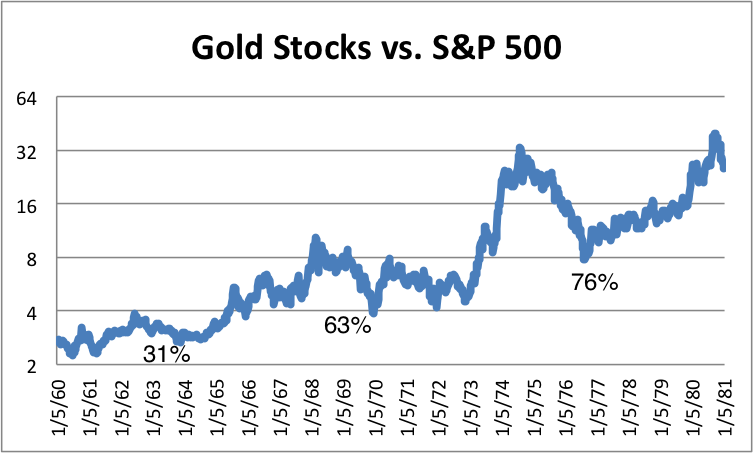 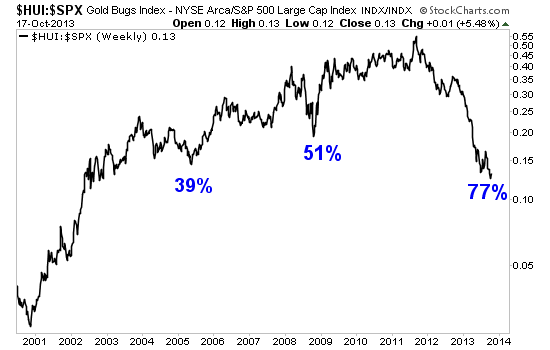 Typically Gold leads an inflationary cycle. Gold leads Silver which leads the commodity complex. However, in the mid to late 1970s, the CRB index (today’s CCI) bottomed before Gold. The CRB bottomed at the start of 1975 while Gold bottomed in summer 1976. After Gold bottomed, it regained relative strength. Interestingly, Silver also bottomed in 1974 and basically held steady for a few years while Gold declined.

Today, the CCI (old CRB) closed at 519. At the 2012 low it closed at 504. Gold closed at $1541 then and closed today at $1320. The CCI has strongly outperformed Gold over the last 17 months just as it did in 1975 and 1976. In the second half of the 1970s, commodities, following the recovery from the nasty 1973-1974 recession led the new inflationary cycle (rather than precious metals). Could we be seeing the same thing today? There are early indications. Oil has been strong for a while. Wheat and Sugar have broken out of their downtrends. Silver has outperformed Gold over the last few months.

To conclude, it makes total sense that the current decline in gold stocks is most similar to the 1976 decline. The current bear market followed 11 years of a bull market while the 1974-1976 correction followed 14 years of a bull market. None of the other bear markets are similar to todays. The two worst declines were in 1980-1982 (72%) and 1996-1998 (67% in BGMI and 72% in GDM). The 1980 decline followed a 20-year bull market and a parabolic top in the metals. The 1996-1998 bear followed a three year cyclical bull that ended in a mania. Meanwhile, we’ve noted the similarities beyond the precious metals sector. The stock market has had a great run and dramatically outperformed precious metals. The economy is several years past a severe recession. Commodities as a whole have held up better than precious metals.

However, this counter trend move of the past two years is nearing its peak and its setting up a great opportunity in gold and silver stocks and a fantastic opportunity in select companies. As this bottoming process in precious metals moves to its final stages, readers are advised to identify the companies with the best fundamentals and growth potential that are showing relative strength. Focus on the leaders and avoid the laggards. If you’d be interested in our analysis on the companies poised to lead this new bull market, we invite you to learn more about our service.