It has been a while since a Precious Metals article appeared on the blog, so we are definitely overdue for an update on the current situation. There is plenty to write about from both the short and long term perspective, so it is appropriate to break the post into two parts. The second part will be posted sometime next week. 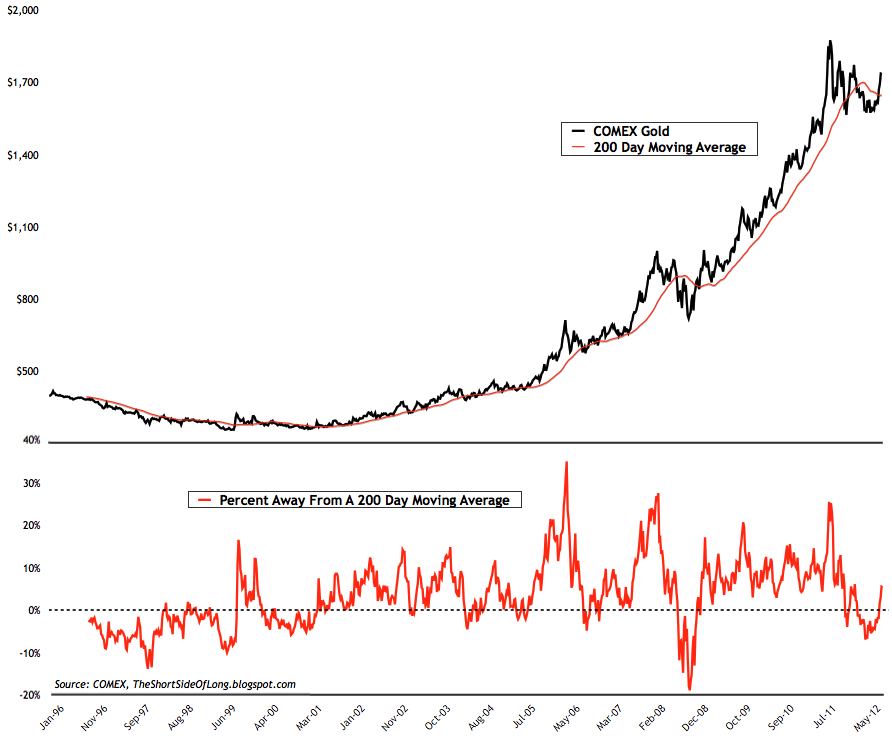 Precious Metal bulls believe that the recent break above the 200 day moving average for Gold could be a game changer, which technically might signal the resuming uptrend in price action. Silver, in particular has now moved above its 200 day MA for the first time in over a year, after being extremely oversold (almost a 50% decline from the peak 16 months ago). Personally, I am not 100% convinced die hard Gold Bugs have it right, as Gold is moving towards its 11th annual gain in a row. In other words, I would have preferred to see the PMs sector correct further, with Gold experiencing a proper bear market and an annual loss. Regardless of what I think, it is much more important to follow the price action. In the chart above we can see that the overall Precious Metals sector, including Platinum and Palladium, has recently broken out on the upside. I have personally participated by purchasing a large amount of Silver at the July lows and a smaller trade position at the August technical break out.

From their perspective lows during the summer bottoming phases Gold has rallied 14%, Platinum has rallied 20%, Palladium has rallied 22% and Silver has rallied 30%. Precious Metals have now become overbought from the near term perspective and sentiment has risen towards extremes again. Elliot Wave shows that the Daily Sentiment Index, measuring the short term view of future traders, records 90% bulls on Gold and 92% bulls on the Silver Chart above. Therefore, I would pull back from purchasing any Precious Metals right now, until we see some kind of a consolidation or a correction. 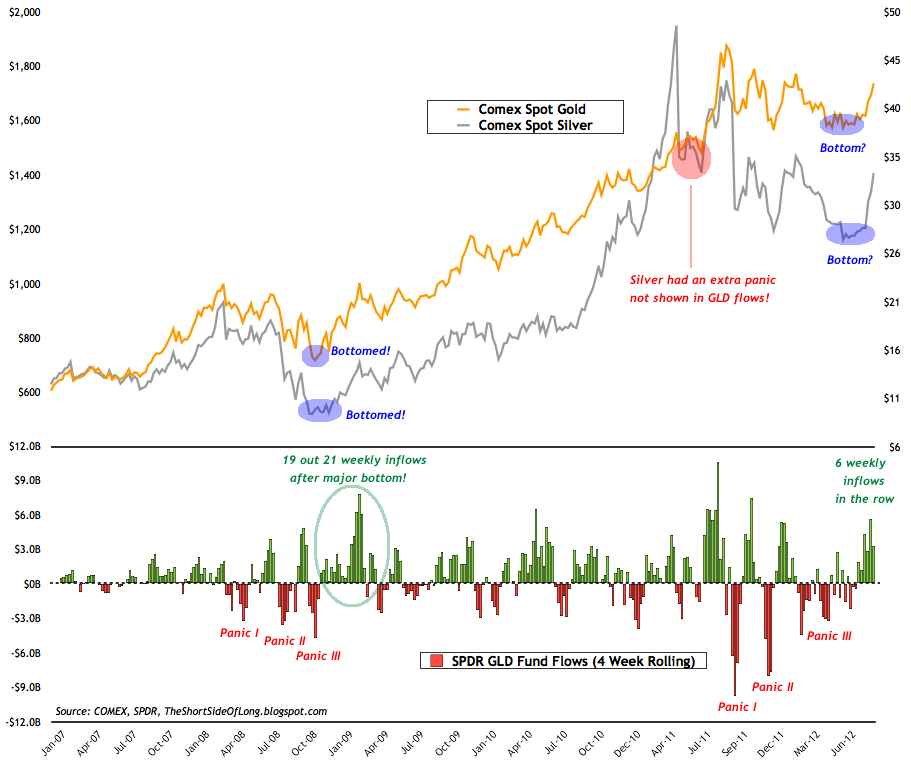 Bullish sentiment is also evident in the GLD ETFs weekly rolling fund flows. The chart above shows that after suffering three panic selling events over the last 12 months, GLD ETF is now in process of posting its 6th consecutive weekly rolling inflow. Retail investors seem to be chasing the prices higher, so caution is advised as it is never wise to follow “dumb money”.

Having said, we could have also witnessed a major low in the PMs sector, like die hard Gold bugs believe (they believe every sell off is a major low). Assuming this is true and the cyclical bear market has finally finished, similarities could be drawn back to October and November 2008 prior to the Central Bank reflation policies, where we saw consistent inflows for 19 out of 21 weeks. I do have to admit that Precious Metals find themselves in a seasonality positive period of the year and therefore could surprise further to the upside, after a near term consolation or correction. 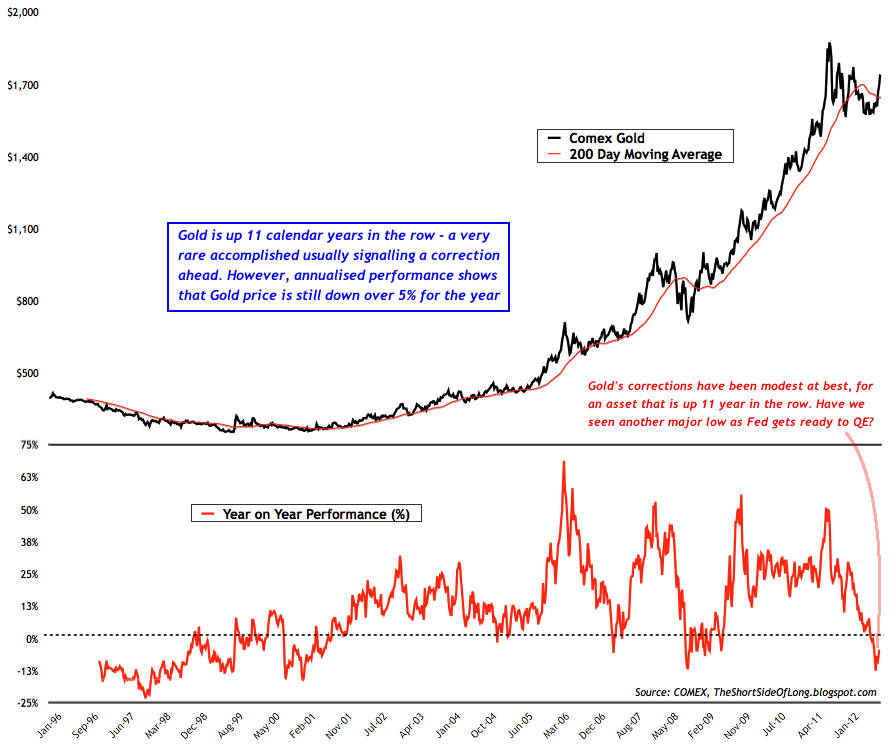 Calling a major low or for that matter a major high, is always a favourite game of retail investors, so I am not going to participate in the guessing game. Gold in particular has me worried, because its corrections have been rather muted at best, over the last decade. I know die hard Gold bugs will argue various technical and fundamental points to have me join their allegiance, but regardless of what anyone says, it is very rare for any asset to be up 11 calendar years in a row. But, to stick with the theme of this article, I admit there is definitely a lot of evidence that we have seen a low in PMs, so let us make that assumption. 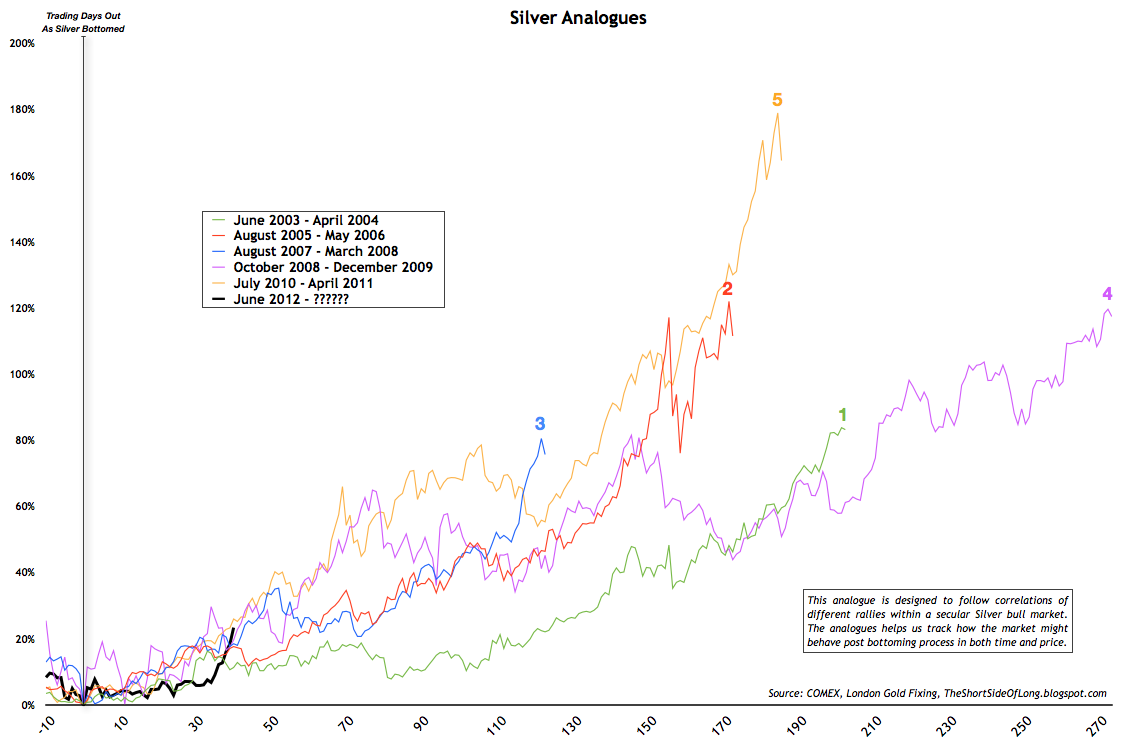 In that case scenario, the best Precious Metals play tends to be Silver, as it behaves like Gold on steroids (very high beta). Over the last decade or so, during the Precious Metals secular bull market, Silver has experienced five major rallies out of technical bottoms. Assuming we have seen another major low, as Ben and Mario begin reflating, Silver might follow the historically strong seasonality period over the Summer months towards next years Spring months. The chart above shows Silver’s analogue taking into context those five periods, while tracking the recent rally breakout, which started in late June at $26. Using a basic mathematical averaging method, if the rally follows historical patterns, it could last up to 160 to 190 trading days and gain more than 80 to 90 precent. That would put Silver back towards testing its major resistance level at $50.

Precious Metals have come back into favour with investors recently, as market focus turns to the possibility of the Federal Reserve starting another round of Quantitative Easing or monetization of the US government debt. While no one can be one hundred percent certain Precious Metals have seen a major low, the technical evidence together with a potential fundamental trigger, do speak of positive price action ahead. In the second part, which will be posted sometime next week, I will focus towards a much longer term outlook on where the price of Gold and Silver could be heading. In the meantime, I leave you with a great interview with Ray Dalio, who advised that holding Gold is a must in a portfolio going forward. Enjoy!

The Short Side of Long