Just a quick Precious Metals sector update. Yesterdays dip, even though reversed by the end of the trading day in the US, scared retail investors from the iShares SPDR GLD ETF data that I collect. 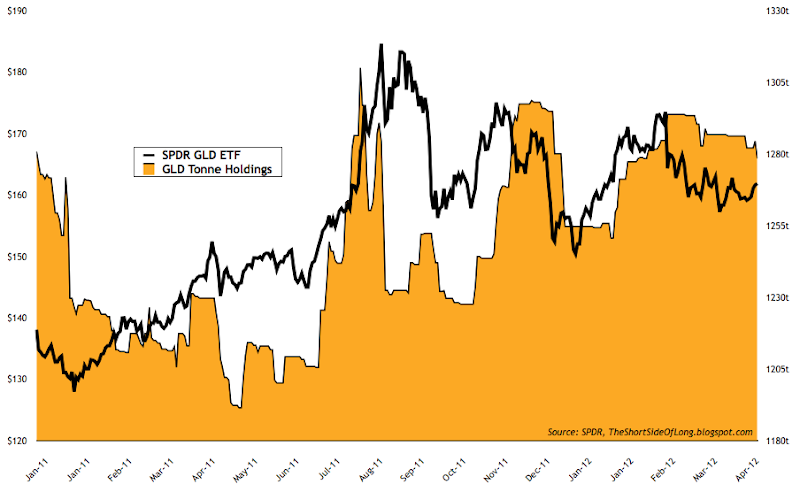 The sharp 1 minute drop during London trading hours in Gold got retail crowd worried that more selling will follow through. Don’t get me wrong, it just might. But what is good to see is that retail investors sold about 5 tonnes of GLD holdings within a day, despite price reversing by days end. Prices have been moving sideways for the best part of March and April in Gold, and yet retail investors are slowly pulling out their physical Gold holdings out of GLD. I do have to admit that we have not seen a drop in physical holdings like during September 2011 and December 2011. 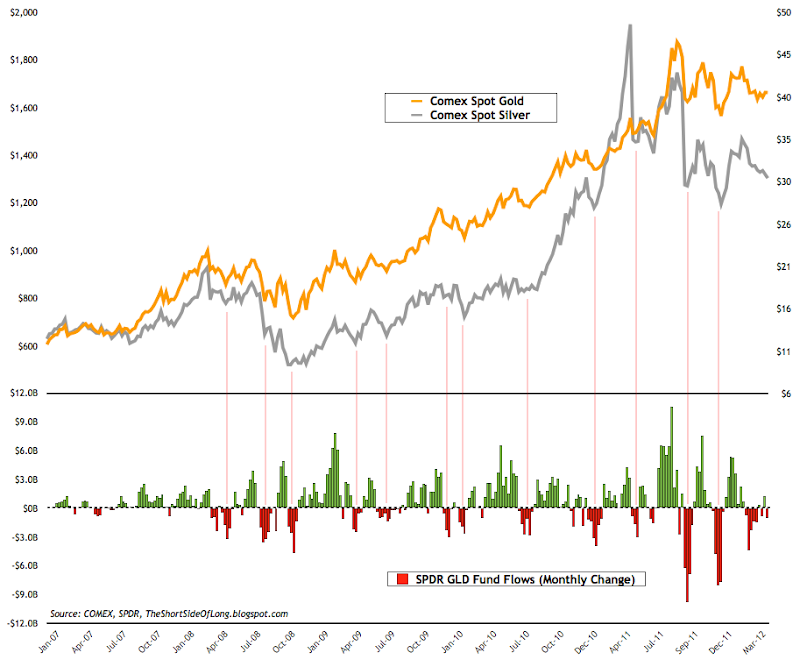 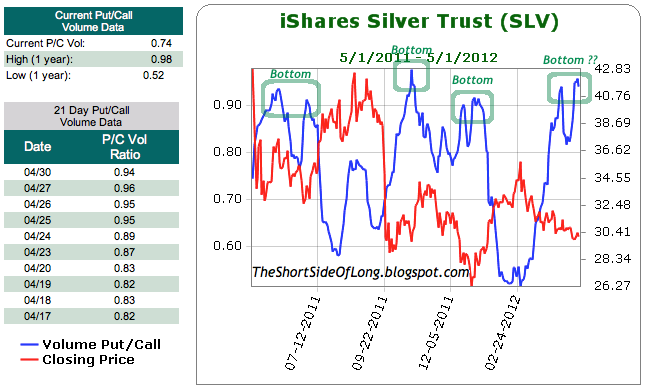 Silver’s options ratio still remains bearishly elevated at 0.94 Puts for every 1.00 Call. This is very close to a one year high of 0.98 we saw in late December 2011 bottom at $26 per ounce. From a contrarian point of view from the chart above, it makes sense to be buying underlying Silver futures, various Silver ETPs, Silver mining companies (Silver Wheaton) and / or related Silver Calls.The above three charts are more to do with what “retail money did” as opposed to various sentiment surveys which show us what the “retail money said”. In case you are wondering what “retail money said”, I am re-posting Silver’s Public Opinion chart from last weeks post. 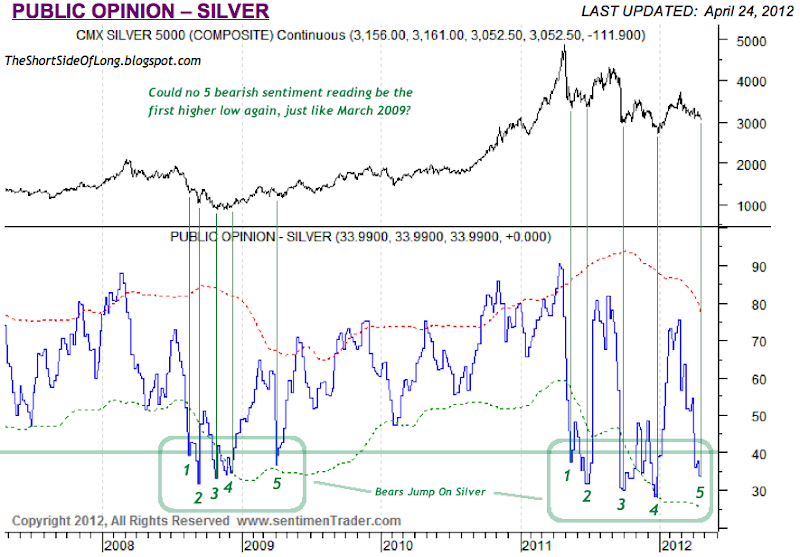 I have numbered the similarities in the 2008 cyclical bear market with the current cyclical bear market decline with 5 main contrarian signals. All signals dipped below 40% bulls and incase you are wondering what the range of the indicator is – we have moved from 90% bulls to 29% bulls over the last decade. In 2008, the 5th contrarian signal was the final low and the first higher low for the Silver price. Could we now repeat the similar outcome here in May 2012? A refusal to make a new low by Silver, while the Fed currently refuses to engage into QE3 would be a major bullish sign and a potential start of a new cyclical bull market similar to point No. 5 in March 2009.
Summary
It is said that when trade is obvious to the public, it is obviously a wrong trade as majority have most likely already discounted what the price was meant to do. As many regular readers should already know, this blog is mostly about the contrarian way of investing and not following the crowd into awful investment decisions. In financial markets, you are either a contrarian or a victim and I think currently being short the PMs sector is lining one up to become a major victim when we consider extreme sentiment readings and oversold conditions from Silver all the way to Gold Mining companies. PMs sector is beautifully setup to be a contrarian trade of the year…
Post Source
Previous