The chart below focuses on various metal prices and hedge fund positioning. Gold, majority of the time is a precious metal with little industrial use. Silver is a hybrid, with industrial use as well as precious nature. Interestingly enough, throughout history Silver has been associated with the use of currency even more then Gold. Finally, we have Copper, a metal that is mainly of industrial use and a great barometer of economic conditions (particularly in emerging economies that are industrialising). 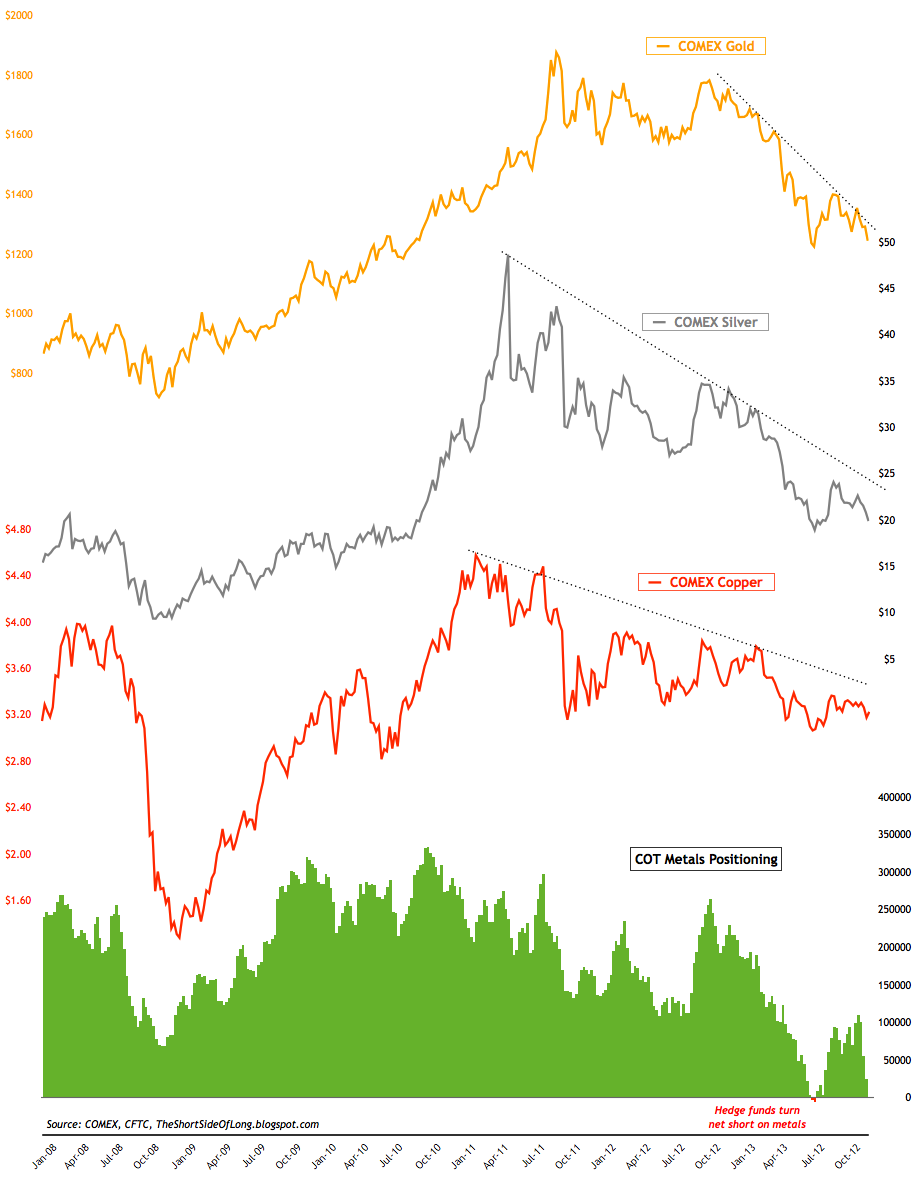 Interestingly, Copper was the first to peak in February 2011, due to its sensitive economic nature. This reflected a slowdown in China and emerging economies quite well. Silver followed soon thereafter, in May 2011. Last but not least, Gold finally topped out in September 2011, a handful of months later. Even more interesting is the fact that while Copper and Silver already corrected modestly into 2012, Gold continued to consolidate just below its all time highs. In 2013, Copper (down 12%) has outperformed precious metals like Gold (down 26%) and Silver (down 35%).

None of the metals have broken towards new lows just yet, but are very close to doing so if the selling continues. Simultaneously, hedge funds and other speculators are once again cutting positions in these metals rather rapidly. Cumulative positioning remains well below levels witnessed during the 2008 panic selling, but not as low during the June 2013 panic sell off – when hedge funds turned net short.