Successful market timing is based on careful use of technical analysis and sentiment analysis. Technical analysis measures supply and demand and sentiment analysis takes that a step further by looking at investor attitudes their positions and money flows. This information helps us assess probabilities. Nothing is certain but we want to see strong evidence before forecasting a turn in the market. In regards to Silver, we see strong evidence that a bottom is in place and the market will move higher in both the short and intermediate term.

Below is a chart from timingcharts.com which shows Silver, the commercial short position in Silver and open interest. After Tuesday it appears the market has put in a bottom (based on daily closing prices) at $33. More importantly, the commercial short position is at its lowest level since April 2009. Open interest is 29% off its high and at more than a one-year low. This tells us that the market is presently devoid of speculation. 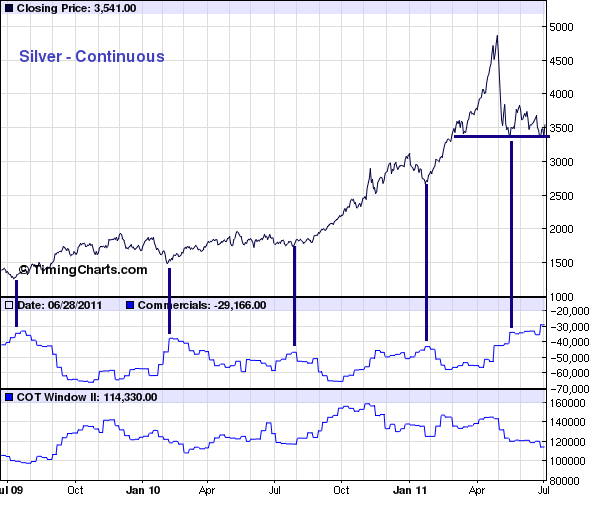 Meanwhile, as of the end of last week, public opinion (from Sentimentrader.com) in Silver was only 32% bulls. That is a three-year low.

It has been said the stocks should lead the commodity at key turning points. Several months back we were harping on the relative weakness in silver stocks. Now that has completely reversed. The silver stocks have been leading the metal for the past two weeks. In fact, our junior index closed at its highest level since June 1. Silver would have to close above $38 to reach its highest close since June 1. 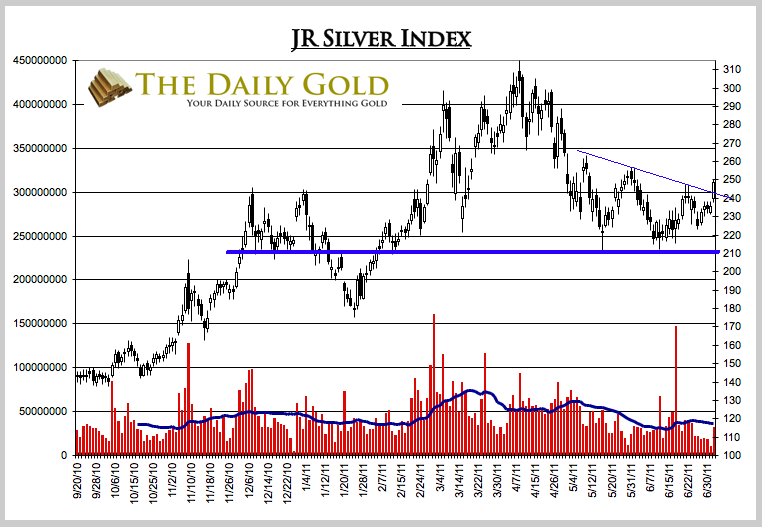 As Silver hit $50/oz, we wrote a piece titled Downside Targets for Silver. We concluded with: “…wouldn’t you rather increase your positions in the $30s rather than at $45 or $50?” Well, now is your chance. Back then, public opinion was over 90% bulls and Silver was in a parabolic state. Today, we see that Silver has advanced to $35 after failing to close below $33 over the past two months. Furthermore, sentiment analysis is as supportive for Silver as any time in the past few years. Finally, the stocks, which tend to lead at key turning points have closed at a five-week high.

We don’t make predictions, we only assess probabilities based on our evidence. The evidence is compelling that the silver complex has put in a bottom. We believed so two weeks ago and that is why we increased positions in our premium service. If you are looking for more analysis and professional guidance, then we invite you to learn about our premium service.

What Should Greece Do?