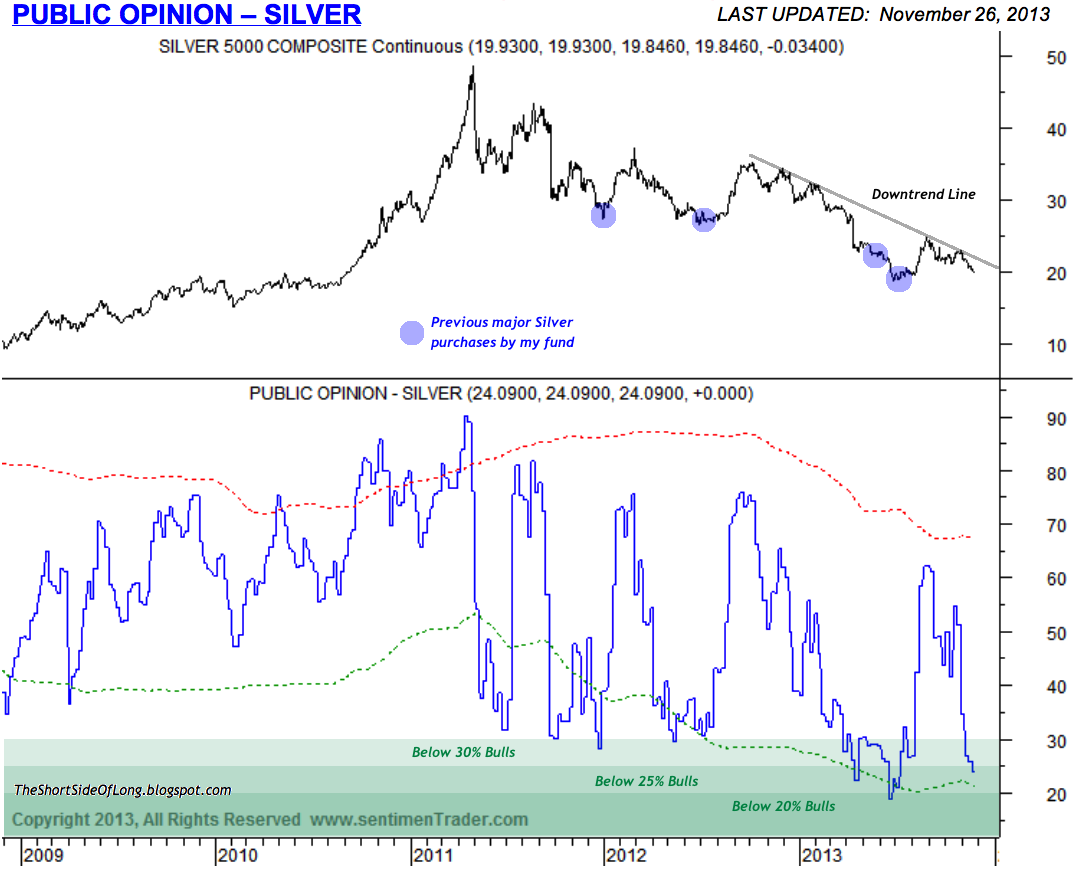 Regular readers of this blog will remember that the overwhelming part of my fund is invested in precious metals, and in particular Silver. The rest of the executed positions have been small traders, because the biggest conviction I hold is that all of this money printing from US to Europe and Japan will end in a total disaster.

These major purchases focus on my long term holdings and do not include times I’ve shorted Silver from a shorter term trading perspective, including the recent triangle setup discussed several weeks ago. After all, at times, hedging is a good tool to protect main investments when you see your investment going lower in the near term and use proceeds to reinvest at lower prices, averaging down the cost.

With Public Opinion sentiment dropping below 30% bulls, and furthermore in recent weeks below 25% bulls, I have started paying attention to Silver again as a potential buying opportunity (by the way… there are many other indicators I track including COT futures positioning, option positioning, Gold miners breadth, annualised performance, premium / discount in popular ETFs, fund flows, bear market analogues and so forth).

For awhile now, I have maintained that Gold and Silver could make a lower low and create a fabulous buying opportunity (and possibly a final low), so it remains to be seen whether or not bears have the power to push lower in coming days, weeks and/or months. Even though this is a Portfolio Update, I want to make it clear that I am not buying yet, however… I am definitely getting ready!