The U.S. dollar appears to be breaking down now.  The chart has a very bearish set-up formation and the Big Banks have a big short position in the dollar and a corresponding big long position in the euro.  With regard to currencies, it’s usually – though not always (see Soros vs. the British Pound circa 1992) – a bad bet to bet against Big Banks.

Gold is behaving similarly to the way it did in late 2005, when it moved for a short period higher in tandem with the dollar and then ran up another 33% from early 2006 to May 2006 while the dollar went into an inexorable decline. 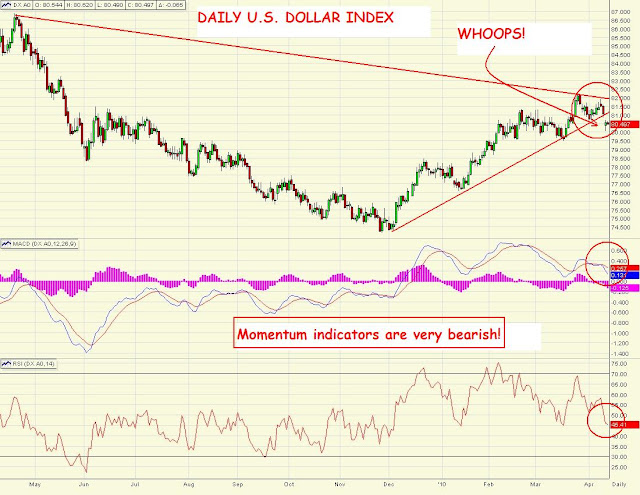 US Treasuries not buying the bull