Heading into 2011, the consensus outlook on precious metals is slightly positive but the consensus believes that higher interest rates will ultimately support the US currency and in turn engender a move out of Gold. The Gold naysayers are using “rising rates” as a way to dismiss Gold. Let me explain why this belief is not only false but utterly dangerous.

Moreover, in order to adequately evaluate the existing deficit, it is essential to recognize that this figure reflects interest costs that are dramatically less than we can expect as a long-term norm. Consider the chart below. The blue line represents interest on the gross Federal debt at the average of prevailing 10-year Treasury yields and 3-month Treasury yields. Presently, this figure is comfortably low, thanks to the depressed level of interest rates. In contrast, the red line shows what the interest service would be at a 5.2% interest rate, which is the post-war norm.

For debt service costs to skyrocket, interest rates only need to rise marginally. Think about it like this. There is $14 Trillion in debt. In theory, every 1% rise in interest rates could equate to an extra $140 Billion in interest service costs. Tax revenue in FY 2010 was $2.38 Trillion. Clearly, a continued rise in rates will have a highly inflationary impact. As we’ve said before, the Fed will have to monetize more as a result of higher rates and the Fed will have to monetize to keep rates low.

Furthermore, rising rates will certainly have an impact on an economy that is only three years into a de-leveraging cycle. When rates started to rise in the early 1940s, consumers and businesses already endured more than a decade of de-leveraging. Rising rates in 2003-2007 didn’t hurt the expansion because consumers were euphoric about housing and willing to borrow. Yet, this time around we are only a few years into the de-leveraging cycle and tons of mortgage rate resets are dead ahead. 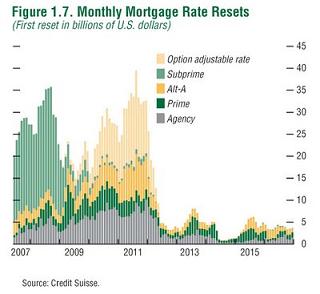 Simply put, rising rates are a death sentence for an over-indebted nation. It cripples the economy’s ability to grow out of its debt burden. Moreover, it leads to default or hyperinflation, which basically means a doomed currency. Now, we do have a massively huge bond market so I am not suggesting rates are going to spike over a few weeks or a few months. This is something that will happen slowly but the market is already taking notice.

After rising over $200 in sustained fashion, Gold corrected via a “running” correction. This type of correction occurs when a market is very strong and it precedes another impulsive advance. Because of the recent correction, Gold isn’t so overbought. Also the COT data shows a reduction in both open interest and speculative long positions. 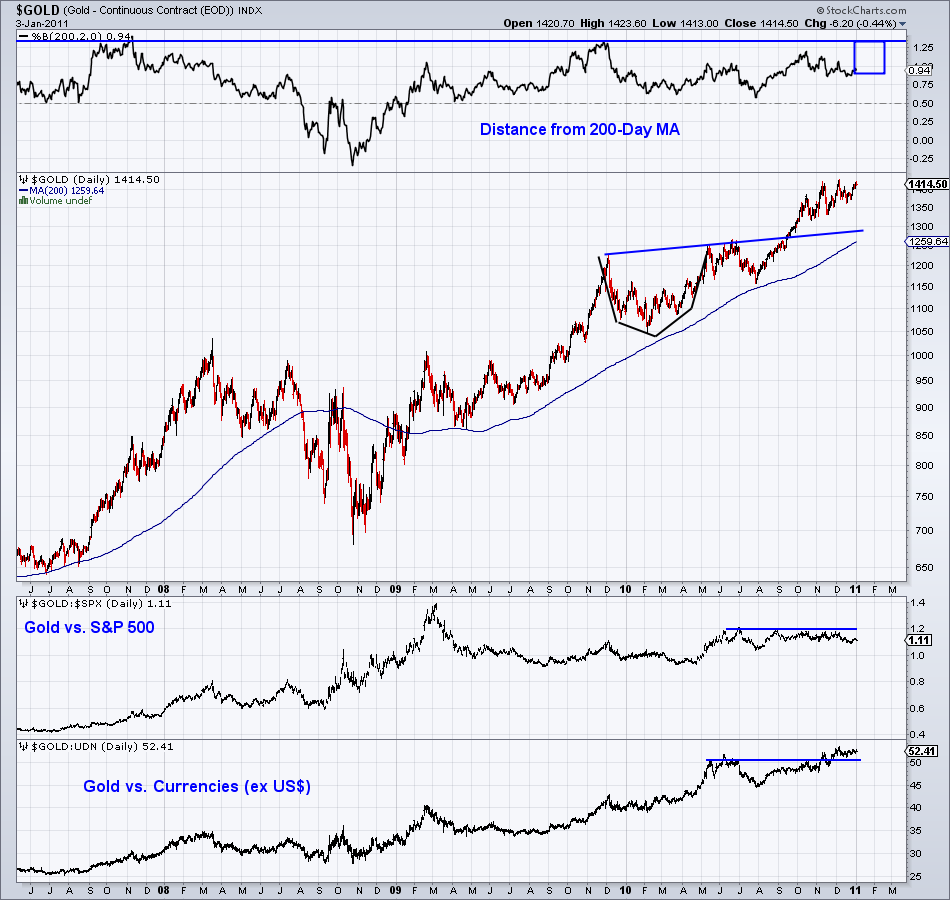 Gold is in position to accelerate to new highs and then higher highs during the first half of 2011. Gold and Silver have already had a great run, but the best may be straight ahead. In our premium service, we are constantly working to find our subscribers the best stocks to profit the trends that lie ahead of us. If this interests you then we suggest you consider a free 14-day trial to our premium service.

Drama In The Silver Market