In recent weeks Gold has made new highs but they have been marginal. That is not what we call a sustained breakout or impulsive advance. In an impulsive advance the market continues higher in an unimpeded fashion. We are skeptical that Gold will make a big breakout here and now but its a bull market and its always wise to hold at least a core position. The best traders will trade themselves out of maximum profits.

This being said, we do think one has to be on guard for a shift in Gold. Take a look at the chart and let me explain. 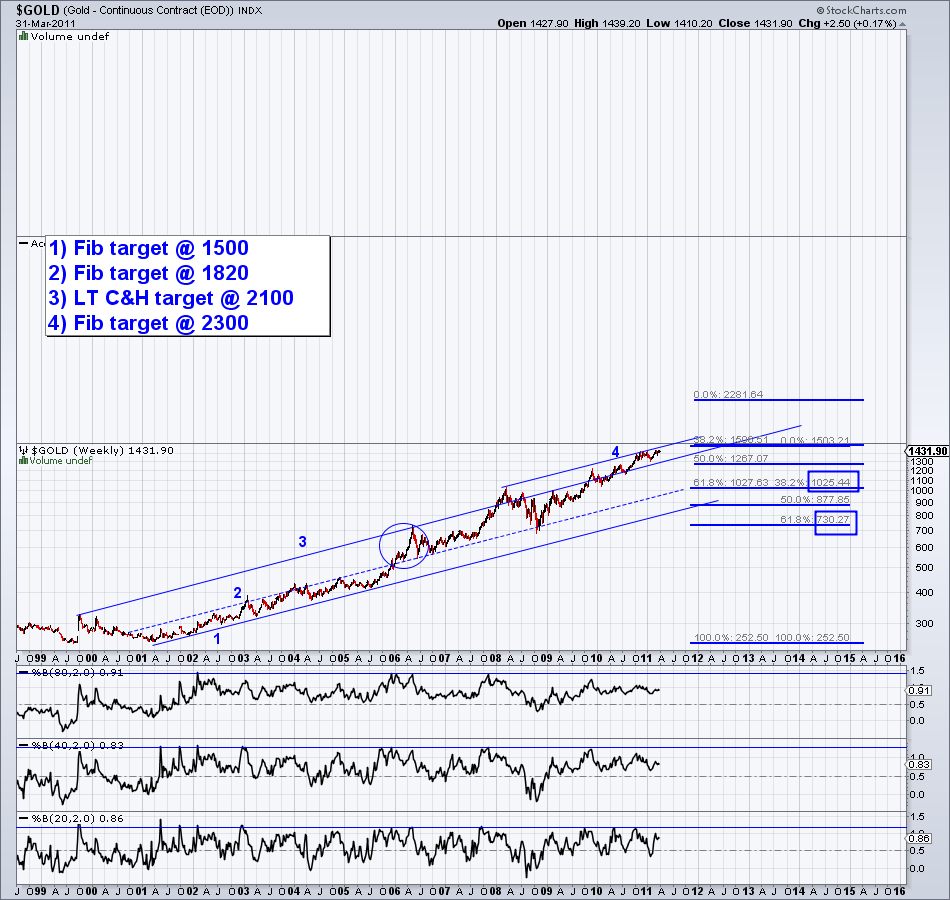 As you can see in the chart, Gold was in a steady uptrend for the first five or six years. It was contained within lines 1 and 2. The market began to accelerate from the very end of 2005 into 2008. The retracement in 2008 bottomed essentially at line 2. The fact that the market held above it meant that the market remained in a new acceleration mode, which started at the end of 2005. Following the 2008 bottom, the market slowly but gradually accelerated its way past line 3.

Note the change in the market’s character. At the first phase of the acceleration (2005-2008) the market saw sharp impulsive advances and long consolidations. This time around the market is showing more strength. Although the impulsive advances are smaller and shorter, the ensuing corrections are comparatively shorter and smaller (relative to 2005-2008). In other words, the market is gaining strength because the corrective periods are shorter. The final resistance is channel 4, which parallel to 1,2 and 3, connects the 2008 high and highs of late 2010. Channel 4 at present is ~$1,460 and increases to about $1,600 at year end.

A strong move past channel 4 means the market has little in its way until $2,100 and $2,300. There is a strong Fibonacci target at $1,500 which intersects with channel 4 in early summer. That could mark a top.

Finally, consider that we are 11 years into this bull market and the global allocation to Gold and gold shares is only 1%. At somepoint this thing is going to ramp up its acceleration. While we don’t think its now, we think its sometime this year. For more analysis, professional guidance and analysis of Gold and Silver companies, consider a free 14-day trial to our service.