While the gold stocks have enjoyed a decent recovery, they have certainly lagged the broad market which has almost broken out to new highs. Should you be worried that a major shift is in place? Hardly. The fact is the broad market is in the latter stages of its a cyclical bull while gold stocks just completed a major bottom. Don’t call us doom and gloomers because we do not foresee a real bear market. The last phase of a secular bear market tends to be mild in nature but coincides with a strong move in resources, higher inflation and higher interest rates. In looking at the charts, we expect 2012 to be a transition year in which precious metals reemerge while the broad market peters out at resistance. 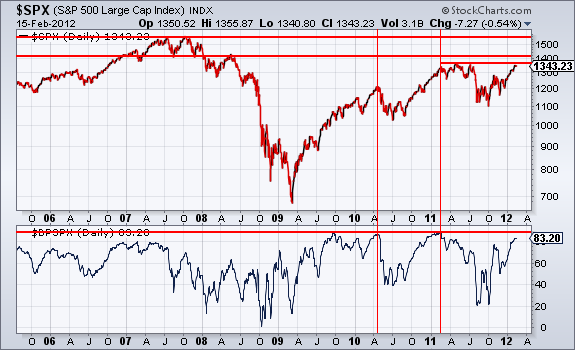 This chart, from the Short Side of Long, shows the S&P 500 and various sentiment indicators. Two of the three indicators are very close to bullish extremes. 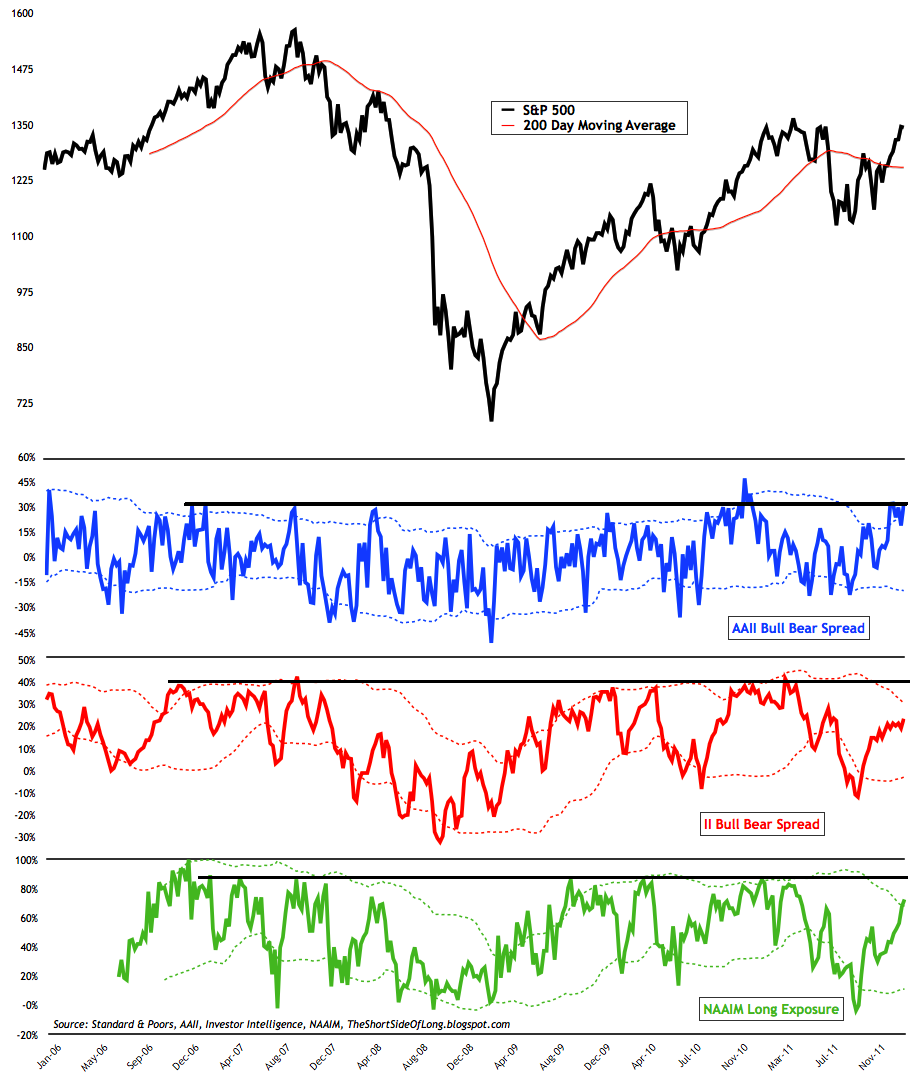 Moving along, in the next chart we find that the gold stocks are retreating and could retest the December lows. From top to bottom we show GDX (large caps), ZJG (Canadian Junior ETF) and GDXJ (US Junior ETF). Note the positive divergence in the juniors which are no threat to break to new lows. We believe the same can be said of the large caps. 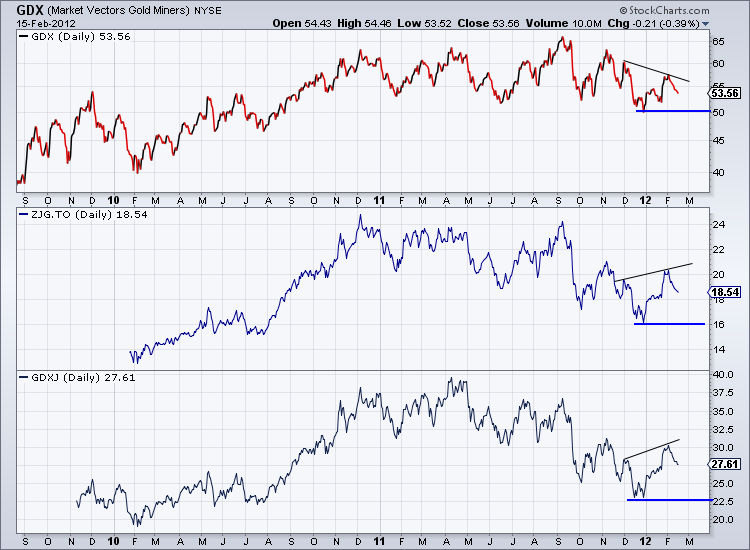 Relatively speaking, the gold stocks have reached an extreme in terms of their ownership versus the broad market. The chart below (source: sentimentrader.com) shows the assets in Rydex’ Precious Metals Fund. Relative to other sectors, assets are only 13% which compares with past bearish extremes.

The gold stocks will likely spend the next few months forming a base which follows the long-term bottom in December. Meanwhile, the broad equity market is unlikely to move much higher. The S&P is nearing short-term resistance at 1350 and would face significant long-term resistance if it reached 1400. Moreover, sentiment indicators show increasing risk in the equity market. At the same time, the gold stocks are on the other end of a spectrum. They are coming out of a bottom, are underowned and unloved after a disappointing 2011.

The impact of the overall market on gold equities can be tricky. If the broad market is in a bear market then gold equities will find it difficult to rise. If the broad market is surging, then investors will invest in conventional stocks and ignore precious metals. The biggest moves in mining stocks began prior to an equity market bottom (1931, 2001, 2008) or occurred with the market moving sideways (2005-2006, 1978-1980). Over the next year, the equity market is likely to move sideways from 1200-1450 while the gold stocks have a chance to rally back to resistance and launch a major breakout move. It isn’t obvious yet but markets are definitely and gradually nearing a turning point. If you’d be interested in professional guidance in uncovering the best mining stocks for 2012, then we invite you to learn more about our service.