Pete Dougherty, Argonaut Gold’s President and CEO, said “Overall, 2014 was a challenging year for Argonaut. However, our teams have overcome these obstacles as can be seen in the record production results of the fourth quarter. We are pleased with the efforts made and look forward to 2015.  In addition to the strong 2014 operational results, we continued to move forward other projects in our portfolio. At the San Agustín project, an updated resource nearly tripled the previous resource, and we believe there continues to be upside exploration potential still to be realized. At Magino, we finalized a transaction with Richmont Mines Inc. that will allow us to look at adding further value to the project with possible resource expansion onto this adjacent property.

During 2015, the Company aims to deliver additional value on the key development projects in our portfolio. A PEA for San Agustín is expected to be presented to the market in January. At Magino, the upcoming drill campaign and the release of the Magino metallurgical test work on the lower grade ore are key catalysts to unlocking the true potential of the project. We continue to be patient at San Antonio, as the election process works itself out in 2015. We will use this time to position ourselves to be able to move this project forward.

In spite of the challenging market conditions, as an organization we have made great strides during 2014. In 2015, the focus will continue to be on the core principles of our Company; safe and efficient operations, meeting production goals and targets, producing at a cost that allows us to generate returns to our shareholders and finding value in development projects.”

Richard Rhoades, Chief Operating Officer of Argonaut Gold, said “At El Castillo, we are pleased that we were able to deliver a record quarter from the operations. After recovering from the extensive third quarter rains, we were able to resume efficient mine operations by delivering tonnes to the pad and recovering ounces placed on the pad. In 2015, El Castillo will implement an optimization program designed to improve the operating margins of the ounces and to fully take advantage of our expansion programs including the west overland conveyor system.

At the La Colorada mine, expansion projects were completed in the third quarter and the mine delivered record quarterly production to finish out the year. The crushing circuit continues to process greater than 12,000 tonnes per day, and we are set up to continue to deliver strong results. The added flexibility of reprocessing leach pad material from the pad 6 area, and mining the main La Colorada/Gran Central pit, will provide the operational flexibility to more effectively manage operations and costs.”

2015 Development and Growth
Peter Dougherty said “In 2015, we look forward to continuing to deliver production results as we build upon the momentum of the fourth quarter. We are now realizing the benefits of the increased crushing capacity at La Colorada and have the flexibility to meet production and cost targets by combining newly mined ore in combination with the reprocessing of historic heap leach pad material. At El Castillo, we anticipate another year of consistent delivery on guidance.

At San Agustín, we are encouraged by the upcoming release of the PEA and our ability to realize additional upside potential through future drilling programs. We continue to believe in the social and economic benefits of the San Antonio project, but recognize the need to be patient as 2015 is an election year. At Magino, we anticipate the commencement of a drill campaign focusing on property related to the recently finalized agreement with Richmont Mines Inc. This campaign will test further extension of mineralization, along with in-fill drilling in some of the higher grade portions of the deposit where gaps were created by the exclusion of some historic drilling that was not utilized in compiling the current resource. This campaign, coupled with additional metallurgical test work, will allow us to unlock potential additional value.”

Argonaut Gold Q4 Financial Results Conference Call and Webcast – March 16, 2015:
The Q4 financial results call is scheduled to take place on March 16, 2014 at 8:30 AM (ET). Details for the call-in participation are:

About Argonaut Gold
Argonaut Gold is a Canadian gold company engaged in exploration, mine development and production activities. Its primary assets are the production stage El Castillo Mine in Durango, Mexico, and the La Colorada Mine in Sonora, Mexico. Advanced exploration stage projects are the San Antonio project in Baja California Sur, Mexico, the Magino project in Ontario, Canada and the San Agustín project in Durango, Mexico. The San Agustín and Magino projects will be the primary exploration targets for Argonaut in 2015. The Company also has several exploration stage projects, all of which are located in North America.

Non-IFRS Measures
The Company included the non-IFRS measure “cash cost per gold ounce sold” in this press release to supplement its regular financial statement reporting which is presented in accordance with International Financial Reporting Standards (“IFRS”). Cash cost per gold ounce sold is equal to production costs less silver sales divided by gold ounces sold. The Company believes that this measure provides investors with an improved ability to evaluate the performance of the Company. Non-IFRS measures do not have any standardized meaning prescribed under IFRS. Therefore they may not be comparable to similar measures employed by other companies. The data is intended to provide additional information and should not be considered in isolation or as a substitute for measures of performance prepared in accordance with IFRS. Please see the MD&A for full disclosure on non-IFRS measures. 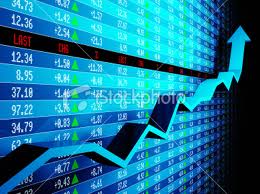 Why Gold May Be Finally Turning Higher