Let’s take a quick look at GDX before we get to the analysis. 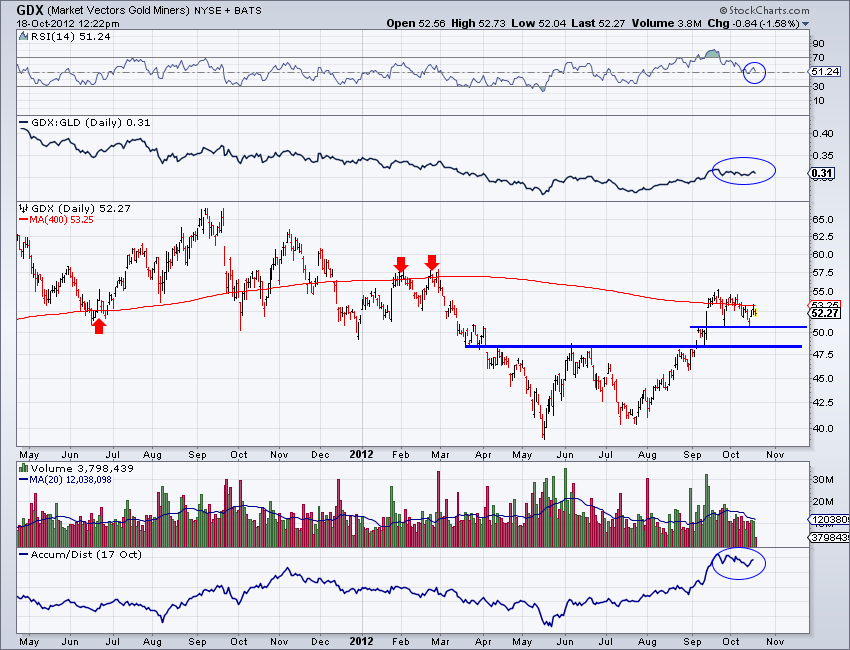 There are numerous positive elements to the current technical makeup of GDX. First, is the price action. The market has very strong support at $48 to $49. It first bottomed at $50.90 and then at $50.81 on Monday. Since then, GDX pushed higher to $53. Secondly, note that the RSI bottomed at 50. In a bull trend the RSI will bottom at 40 and not the typical 30. However, in a very strong bull trend the RSI can bottom at 50. Third, the GDX vs. GLD ratio has shown strength in the past few days and has shown little to no weakness during this correction. Finally, note the accumulation line at the bottom of the chart. It barely dipped after surging for several months.

Next, let’s take a look at GDXJ. Do you notice the similarities to GDX? 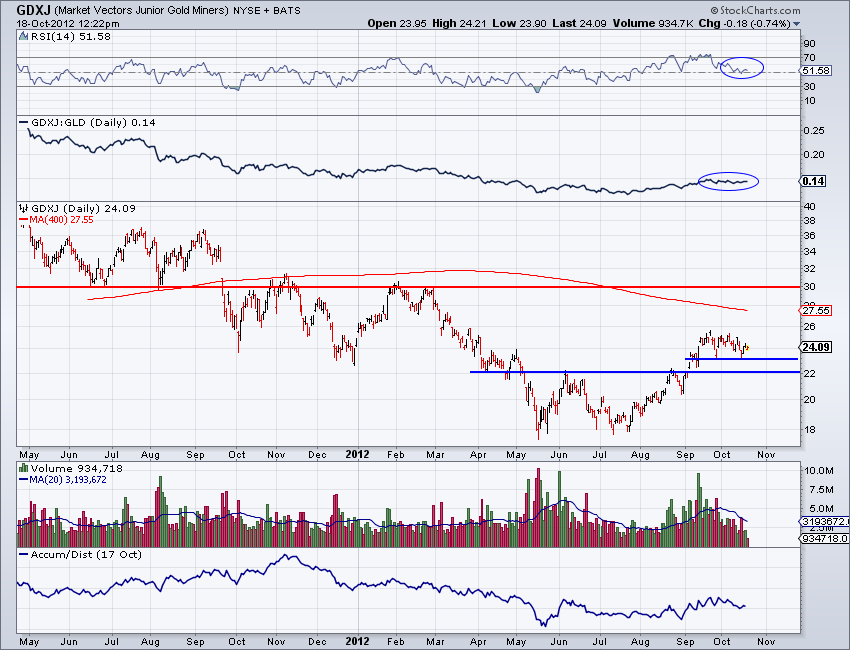 Moving to the silver shares, we see the same things we see in the previous charts. The market has maintained support at $23, RSI is holding above 50, there has been little distribution during the consolidation, and the silver stocks are trending higher against SLV. 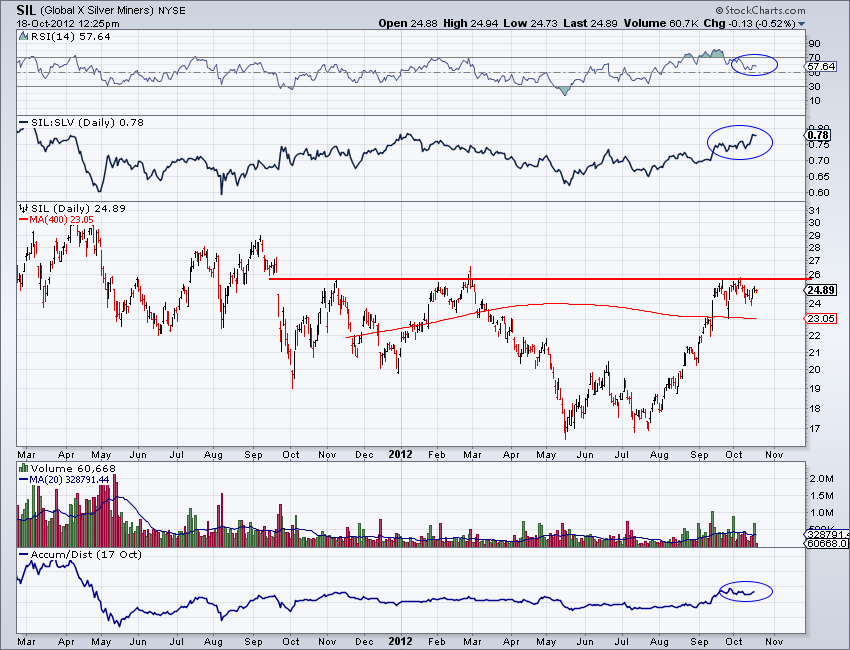 Precious metals shares enjoyed a strong summer rebound after forming a double bottom. Their overbought condition has been worked off in a consolidation more so than a correction. As we noted, the shares are quietly showing signs of strength that hint at another leg higher in the not too distant future. The shares could remain in consolidation for a few more weeks but it would not impact the bullish prognosis for the medium term. As long as recent lows hold, this bullish analysis applies going forward. If you’d be interested in professional guidance in uncovering the producers and explorers poised for big gains then we invite you to learn more about our service. Which Assets will Benefit from QE3?