The chart shows that hedge fund shorts are now higher than in late 2008 and May 2012. Long positions are quite close to levels seen in summer 2012.

Notice that since October of last year, hedge funds have been steadily liquidating long positions in the gold market while simultaneously instituting brand new short positions. The result of money flows out of the gold market that began in that month,  in addition to fresh shorting, has sent the gold price down $116/ounce as of Tuesday of this week, when the data for the COT is captured by the CFTC. Gold has since fallen another $39 as of Friday so one can assume that further long liquidation has been taking place by hedge funds along with another fresh burst of short selling by this same group of traders. Another way of saying this is that gold has fallen $155/ounce since this movement or repositioning by large hedge funds has occured in earnest.

I should also note that this is the LARGEST outright short position by hedge funds in Five Years…. that is quite remarkable to say the least. 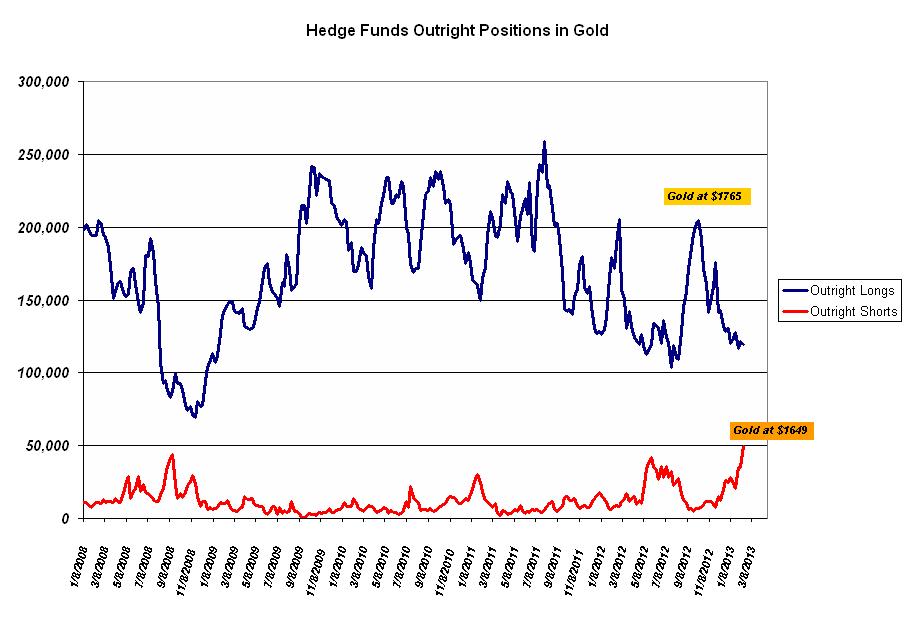 Is Gold Becoming a Risk-off Asset? Gold Traders Most Bearish in More than a Year