While the recent moves in gold and silvers have been impressive, they remain well within historical norms of an accelerating trend. 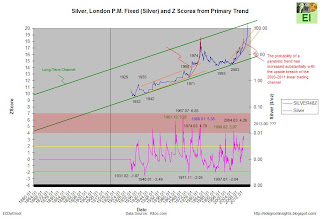 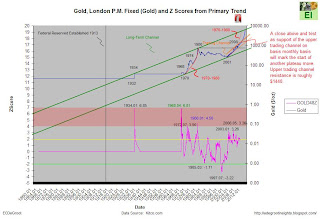 When coffee houses are filled with discussions of gold, silver, hidden gold mine “gems” that Mark Twain would characterize as liars standing next to hole in the ground, the parabolic move will be near exhaustion. The general under performance or lack of interest in the gold shares in the face of gold and silver strength suggests early stage trend acceleration. 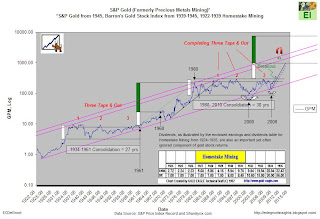 Headline: Jim Rogers Says All Parabolic Moves End Badly, Gold and Silver Not Yet in a Bubble

Legendary global investor and chairman of Singapore-based Rogers Holdings, Jim Rogers warned that if silver continues to go up like it has been over the past 2 or 3 weeks and reaches triple digits in 2011, he will probably start to think about selling because then ‘you’ve got a bubble’.

Speaking to Financial Survival Radio, Rogers said: ” My hope is, silver and gold and all commodities will continue to go up in an orderly way for another ten years or so, and eventually the prices will be very, very high”.

“I hope something stops it going up in the foreseeable future and we have a correction,” he added.

How Overextended is Silver?