We use a combination of sentiment analysis and technical analysis in market timing which often gets a bad name courtesy of mainstream retail nonsense. The dumb money tries to time the market while the smart money utilizes market timing to weigh risk and reward. It’s rather simple when you acquire the skills and helps you understand markets. Recently we had been quite bullish on precious metals but thought we were in a small corrective period. We were wrong as the sector has suffered from Europe’s version of 2008. The good news is, our market timing work leads us to believe that the worst is soon to be over and this is an opportunity on the long side for those who have a twelve month time horizon.

Below is the Commitment of Traders (COT) for Gold. The data is as of last Tuesday. The commercial short position has dropped nearly 50% in the last few months. The commercials (the smart money, the end users and producers) are positioned more bullish than any other time in the past two years. This is another way of saying the speculative long position is at a two year low. Meanwhile, open interest is 28% off its high and close to a two year low. 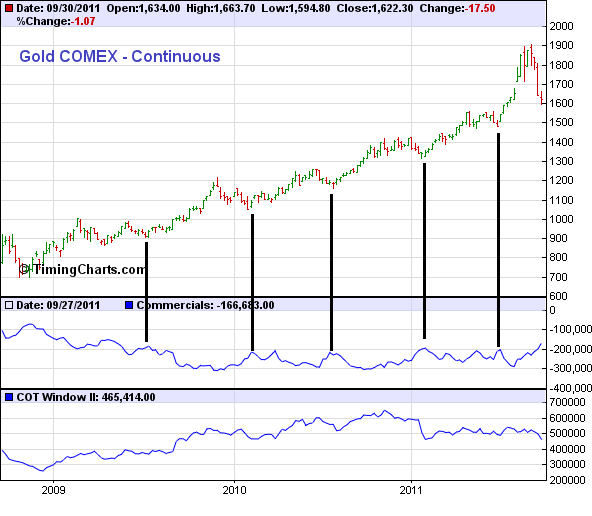 In Silver, we see that the commercials are are net short only 24K contracts. This is the lowest since December 2008. Open interest is 35% off its high and at its lowest point since the end of summer 2009. 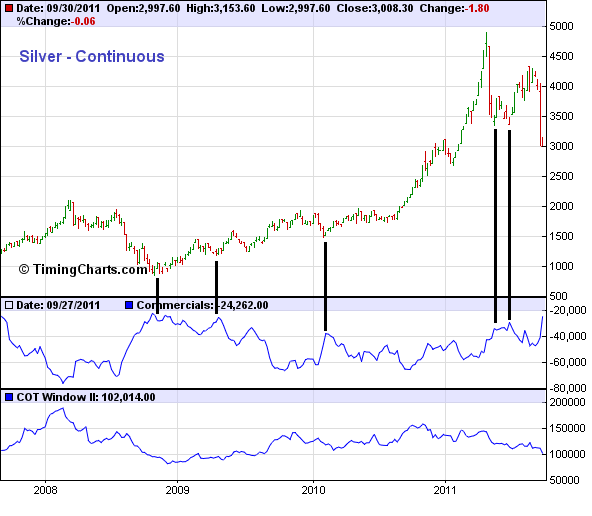 In addition, the latest public opinion report from sentimentrader.com (as of last Tuesday) shows 58% bulls on Gold and 31% bulls on Silver. Any further drop in Gold would mark a three-year low while the public is its most bearish on Silver since September 2008.

Even one month ago the speculative money was not so involved in precious metals. The recent carnage in equities and in Europe precipitated the selloff in precious metals which has caused all the remaining speculators to exit the market. Sure, we could see the metals move a bit lower and have sentiment turn even more bearish. It’s not impossible. However, Gold and Silver are rallying today and will soon begin a bottoming process. Sentiment tells us a bottom is very likely. Now we need the price action to confirm. If you are interested in professional guidance in profiting from this bull market while managing your risk we invite you to consider our premium service.

Is the Correction In Gold And Silver Over?

Is Gold Bound to Rebound?