Last week we noted that the gold and silver shares had formed a short-term rebound in response to an oversold condition. Yet we felt that the downtrend that originated from the hard reversal in March was still in effect. As we go to publish, the rebound appears to be petering out. Be aware that there is more potential downside in May. The good news is a decline in May will likely create a great buying opportunity at the end of the month and in June.

Let me start with the silver complex as its providing the most clarity. We wrote about the coming opportunity in Silver at the end of March. We posited that a break to new lows would likely mark the end of the bear market and signal an excellent buying opportunity. We derived that view from a few charts including the bear market analogs chart which is posted below. The chart (which excludes the 1980-1982 bear) makes a strong case that Silver should bottom sometime in the next four to eight weeks. 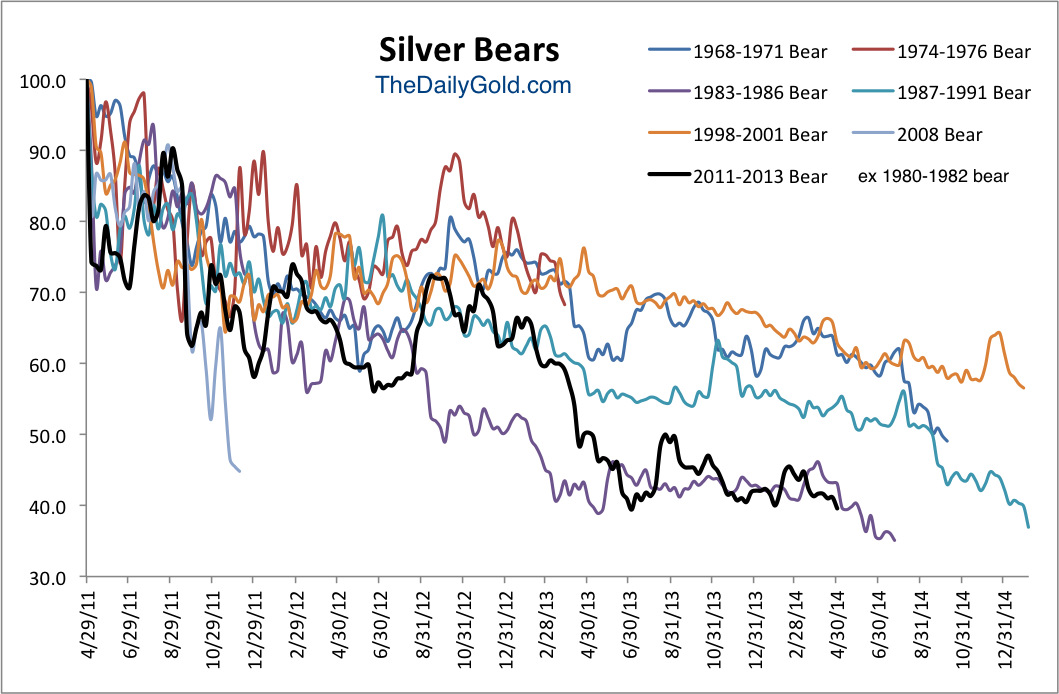 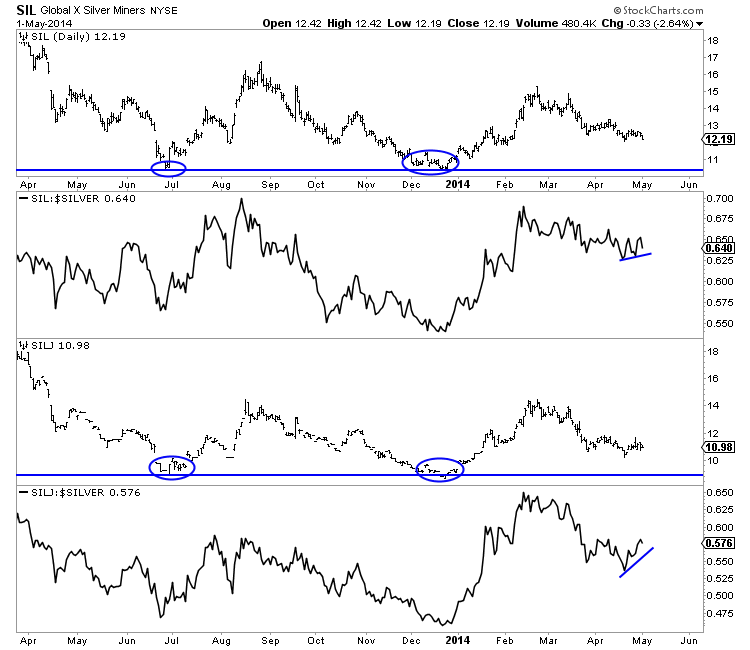 Unlike the silver stocks, the gold stocks haven’t had a chance to prove their relative mettle as Gold is a good $100 above its bear market lows. I reiterate that the gold indices likely bottomed in December. (I say indices because plenty of individual companies have already bottomed). GDX would have to decline 15% to test its December low while GDXJ would have to decline 19% and GLDX would need to shed 22% to test its low. There is a bit of room for these indices to decline but the closer they get to the December lows, the better buys they become. 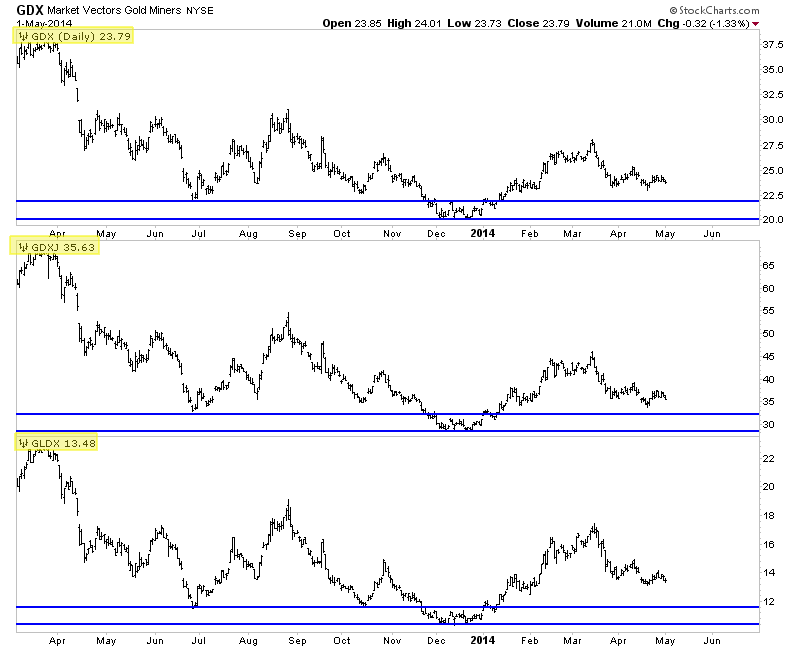 The near term prognosis looks cut and dry. Until proven otherwise the short-term trend is down. If that is confirmed in the coming days then let these markets fall to strong support before buying. Also, silver and the silver stocks peaked first in the first half of 2011. Keep an eye on the silver complex as it could bottom ahead of Gold. In any case, be patient and let this potential selloff run its course which it could by early June. We are preparing to take advantage of further weakness in the coming weeks. If you’d like to know which stocks we believe are poised to outperform after this next low, then we invite you to learn more about our service.