The precious metals complex rebounded strongly in August and September, which is typical when the larger trend is bullish. We believe the larger trend turned bullish with the bottom in May. However, weeks ago we noted targets of $1800 for Gold and 57 for GDX as resistance points. The market has begun a corrective period which should last deep into October. Nevertheless, such a correction would provide an excellent entry point before the market makes its next move higher. Today we examine potential medium term and intermediate term targets for Gold and the gold stocks.

Starting with Gold, we find it correcting and consolidating after reaching resistance at $1800, which was an obvious short-term target. Upon a break past $1800, the initial target would be $1900. Since $1800 is stronger resistance than $1900 we can apply its distance from the bottom ($1550) and that projects to another target of $2050.  Upon a breakout past $1900, the market could be setting up for a potential cup and handle pattern which projects to a minimum of $2250. 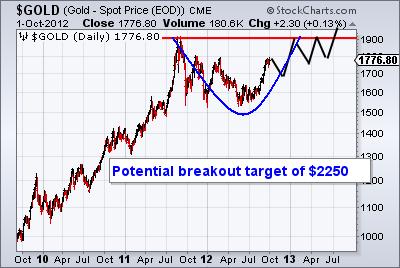 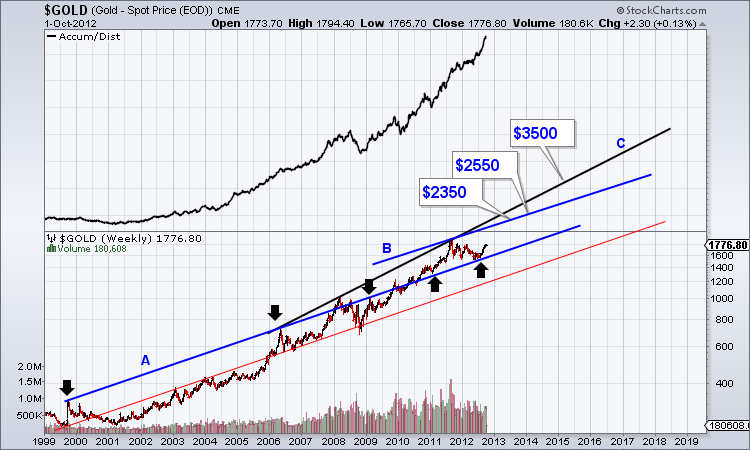 Moving to the shares, we note that GDX faces its next major resistance at $65. A potential cup and handle pattern projects to the $90-$93 zone. 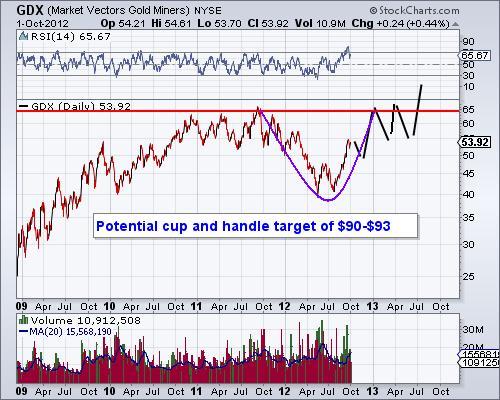 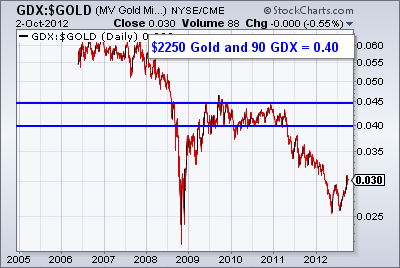 The precious metals complex is correcting in the near-term and we expect that to continue for the next several weeks. Following the correction we see immediate upside targets of $1900 for Gold and 63-65 for GDX. Essentially, the next breakout should result in a retest of the former highs. Moving beyond the medium term, we see a target zone for Gold of $2300 to $2500 and GDX to 90-93. The timetable for such is in the next 15 months. In the meantime, the sector is correcting and we expect that to continue for the majority of October. Thus, be advised that the coming weeks will be an opportunity to accumulate your favorite positions at lower prices. If you’d be interested in professional guidance in uncovering the producers and explorers poised for big gains then we invite you to learn more about our service. On The Edge Of A Recession