At the end of July we wrote an article examining the relationship between gold stocks and general equities. We sought to understand the huge variance in performance between the two markets. Sometimes they trended higher together. Sometimes the gold stocks surged while conventional equities fell into a bear market. Both markets have endured bad bears at the same time. Is there any rhyme or reason to why such variation?

Here was our conclusion:

Interestingly, two of those instances occurred during the second half of the 1960-1980 bull market. The equity market (Dow) is in blue while the Barron’s Gold Mining Index (BGMI) is in red. 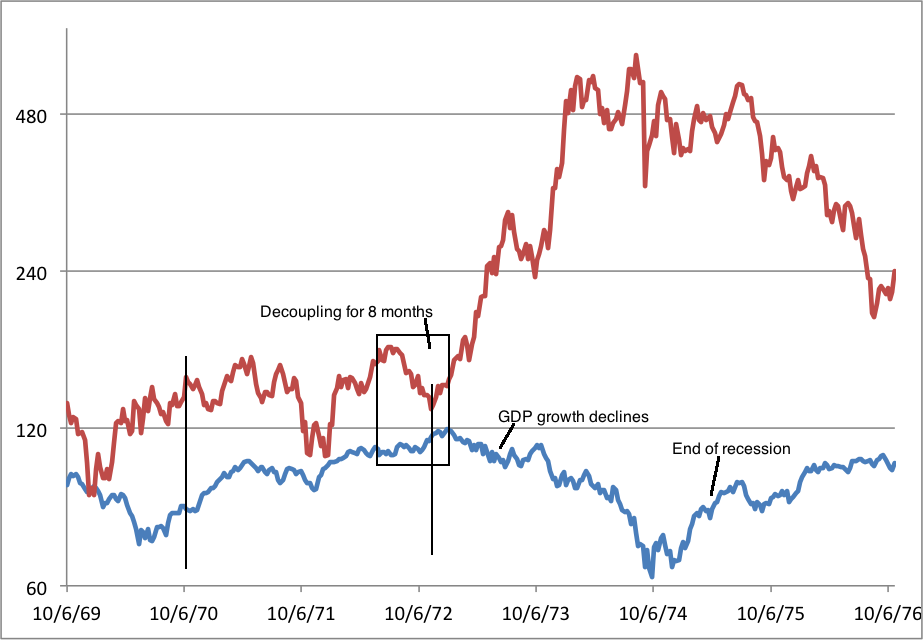 Previously we referred to the decoupling as two separate points but in reality, the decoupling began in 1972 and lasted into early 1978. The above chart shows how the BGMI surged right as the DOW entered a cyclical bear market. When the DOW bottomed, the BGMI peaked. 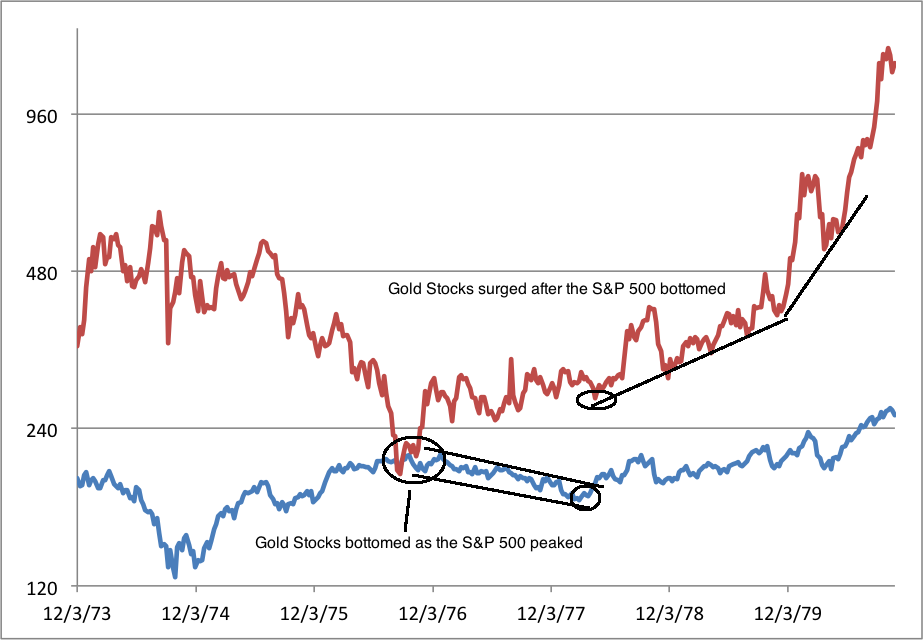 Note how the BGMI bottomed in late 1976, just as the DOW’s recovery petered out. The decoupling didn’t end until early 1978.

Although no one (to my knowledge) has publicly discussed the current decoupling, it is clear and obvious for all to see. This decoupling began at the end of July 2011. Since GDX peaked, it is down 32% while the S&P 500 is up 25%. (Silver is down 32% and Gold is down 14%). Also, the S&P is closing in a five-year high while GDX is soon to retest a multi year low. 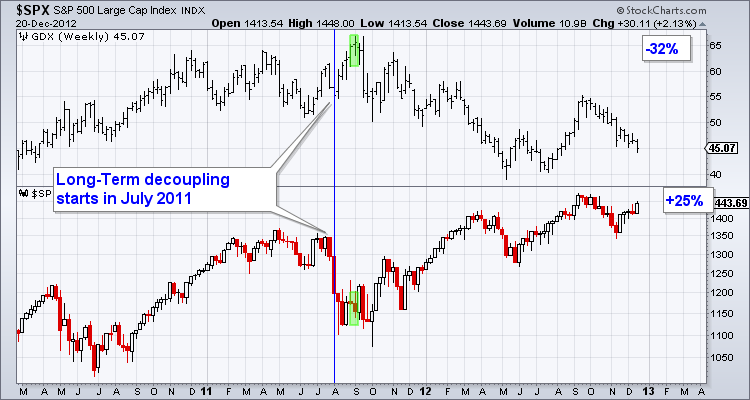 Going forward, we have the setup for an amazing contrarian opportunity. The trigger is an exacerbation in economic data and the general markets. As long as the markets are trending higher then Gold and gold stocks won’t get much of a bid. However, once markets lose momentum and the threat of increased policy becomes apparent, we will see precious metals confirm their bottom and resume their still fledgling cyclical bull. Now is the time to be vigilant but patient as these markets prepare to test their lows. Once these markets test their lows and flush out the weak bugs then that is the time to be a vulture. Speculators and investors are advised to carefully seek out the large or small companies which are poised for the best rebounds. If you’d be interested in professional guidance in uncovering the producers and explorers poised for big gains then we invite you to learn more about our service.

Higher Low in Place for Gold Stocks as 2013 Beckons