We’ve discussed the negative correlation between precious metals and the stock market. It has now been in place for over two years. Since September 2, 2011, the HUI Gold Bugs Index is down 64% while the S&P 500 has gained 43%. Silver has lost 48% while Gold has shed 28%. It’s not exactly groundbreaking analysis to say that a decline in the general market would be good for precious metals. After all, it’s happened in the past which includes various times in the 1970s as well as the Y2K tech bust. Given the scope of the decline in precious metals, some generalist or mainstream money needs to come in for the sector to sustain a rebound. That money will only dip into precious metals once the general market struggles.

Precious metals are a niche and a niche of the market that is often ignored. When conventional investments do well, there is no need for alternatives like Gold. However, when conventional investments don’t perform or perform poorly, it facilitates growing interest in alternatives like Gold. This is why the two markets are often negatively correlated. History shows that declines in Gold often end when the stock market peaks. 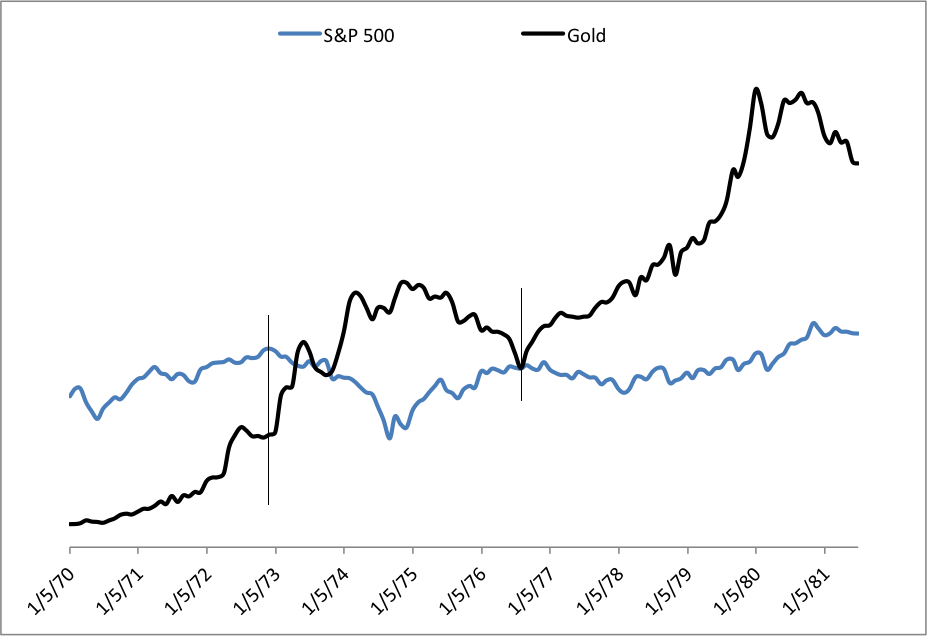 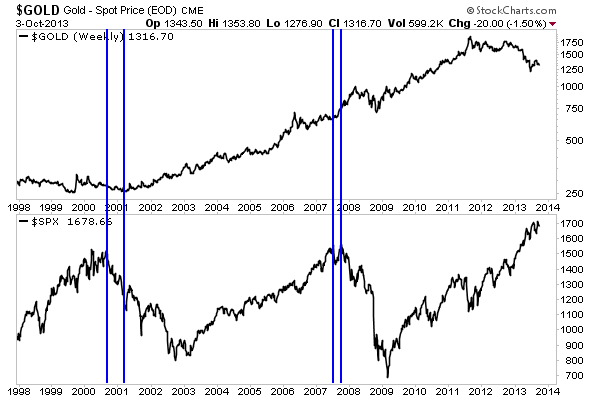 In the context of Gold’s relationship with the stock market, its bottoms in 1976 and 2000 are similar to the coming bottom. Those bottoms were preceded by multiple years of a negative correlation. Gold was crashing in the late 1990s as the stock market soared and Gold shed 45% from 1974-1976 while the stock market had a great rebound. Sound familiar to the last two years? Three of the four declines in the S&P 500 (during secular bull markets in Gold) sparked huge advances.

Though most (and us included) have been surprised by the duration of the equity bull market, there are a couple of reasons why I think its just about as its end. First, fund flows into equities have surged in recent months and recently hit records on various scales. The chart below shows that weekly fund flows hit a record. Furthermore, sentimentrader.com recently reported that fund flows into equities, based on a rolling 9-month scale hit an all-time high. The reason the record fund flows are a strong bearish signal is because they are occurring more than four years into bull market. Where will the additional buying power come from? It won’t come from short covering, which is now at a record low! 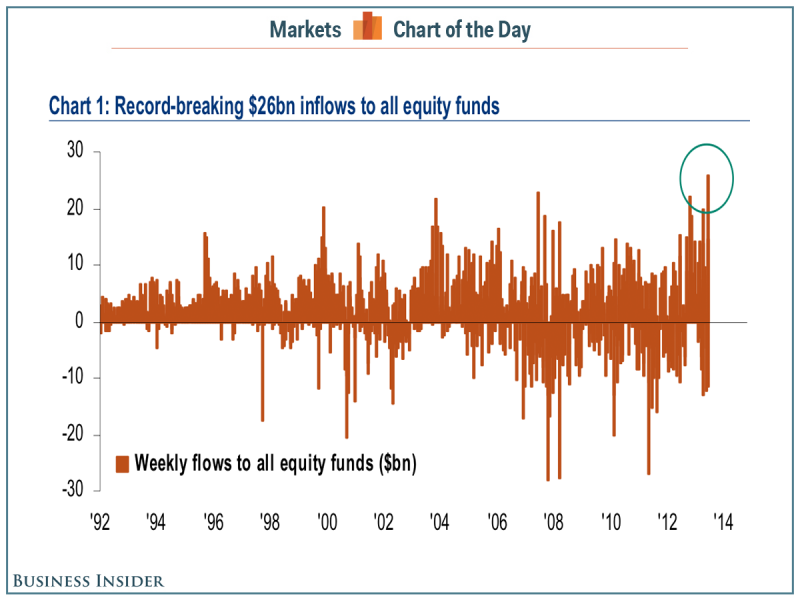 Meanwhile, while the S&P has made some marginal new highs in recent months it is showing some pronounced technical divergences. The percentage of stocks above the 50-dma peaked in January while the number of stocks hitting new highs has plummeted in recent months even as the market has made new highs. Given the recent huge inflows, shouldn’t the market be performing better? What does this action tell us about the big money or the smart money? 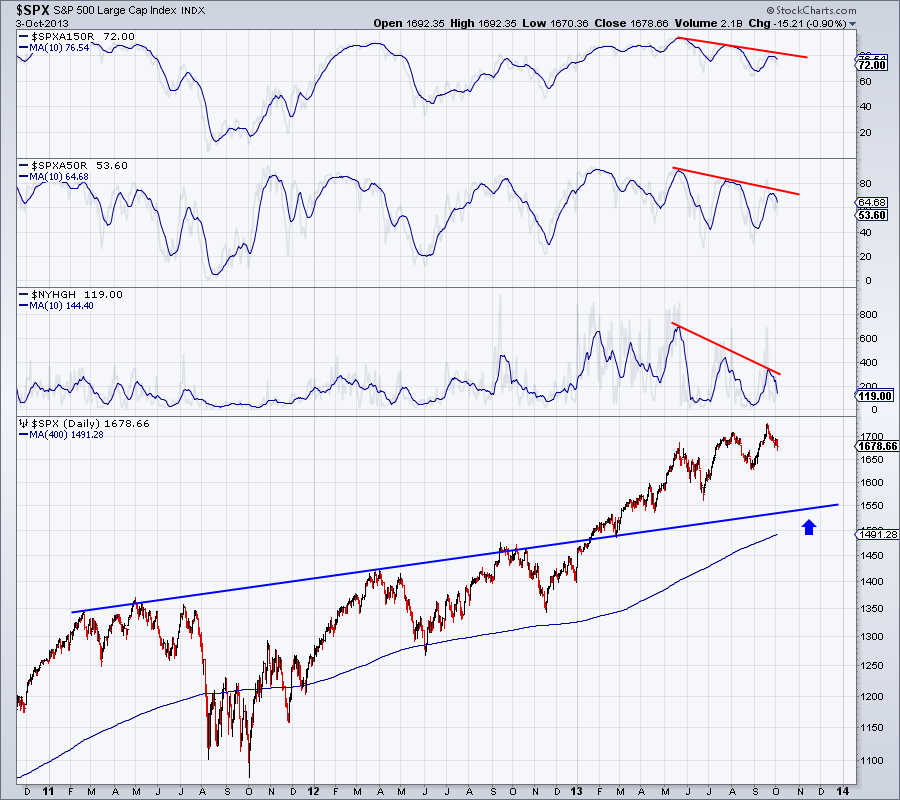 Our analysis of the S&P 500 aligns with our recent views on precious metals from a micro and macro standpoint. It’s clear that the precious metals complex is working out a long bottoming process. Gold and Silver prices are right where they were at the April lows. That was more than five months ago. Just like the S&P 500, we see signs of an impending trend change but no signal that a trend change is imminent. The gold bugs won’t be able to deliver one on their own. Outside money is badly needed.

Interestingly, more than a few mining companies told me that at the recent Denver Gold show, one of the most respected and prestigious industry events there were some generalist fund managers. While the gold bug funds lick their wounds and retreat, in come the mainstream and generalist funds to pick up the bargains of a lifetime. Once this bottoming process moves to its final stages, many stocks will be primed for spectacular rebounds that could occur in weeks and months. Readers are advised to watch closely and spot the companies which show the most strength during this retest. If you’d be interested in our analysis on the companies poised to lead this new bull market, we invite you to learn more about our service.