There are many ways to measure market sentiment. We use surveys, put-call ratios, fund flows data and for commodities especially, the commitment of traders reports (COT). Lately, we’ve noted the improving sentiment picture for Gold. As a market weakens sentiment will naturally become less bullish. In this case, sentiment has weakened considerably yet Gold is only 6% off its high.

Most interesting in particular is the divergence between the COT data for Gold and Silver and the rest of the commodities. The speculators (non-commercials) according to the COT data are positioned more bullishly in Copper, Oil, Corn and Wheat while they’ve cut back long positions in Gold and Silver. 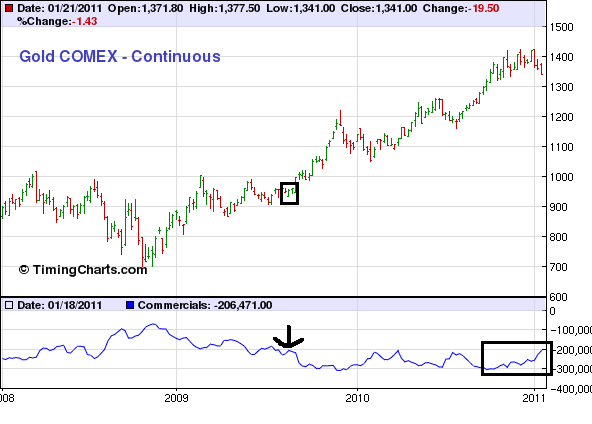 The COT picture is equally as encouraging for Silver bulls. Net non-commercial long positions are down about 30% in the last several months. The last time commercial traders held a similar position, Silver rallied from $17 to $20, $18 to $24 and from $26 to $31. 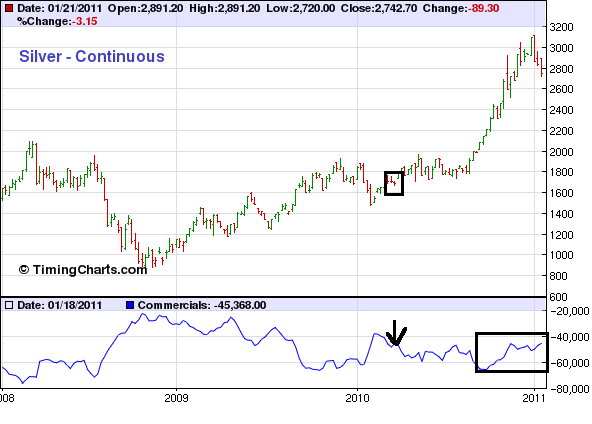 Meanwhile, lets take a look at Copper. Back in mid 2010 when Copper fell below $3.00/lb, the commercials’ net position was neutral. Now their net short position is the highest in at least several years. 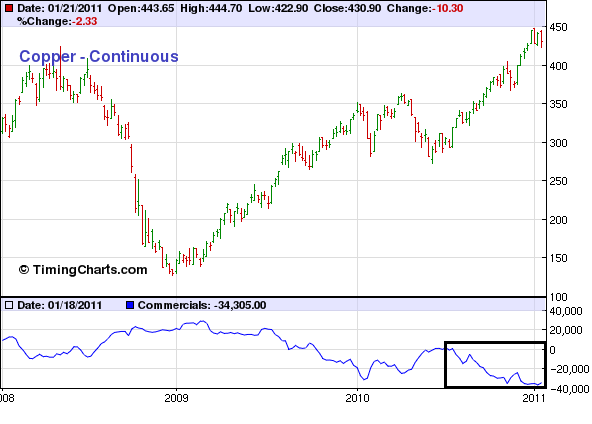 The same can be said for Crude Oil. 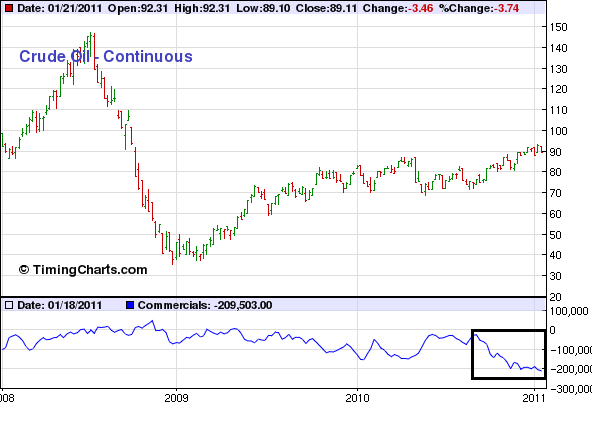 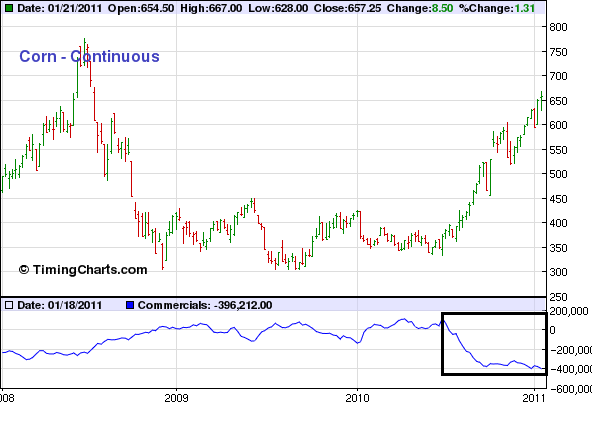 Meanwhile, the commercials are somewhat net-short of Wheat. Yet, about 95% of the time during the last three years, commercials were net-long Wheat. 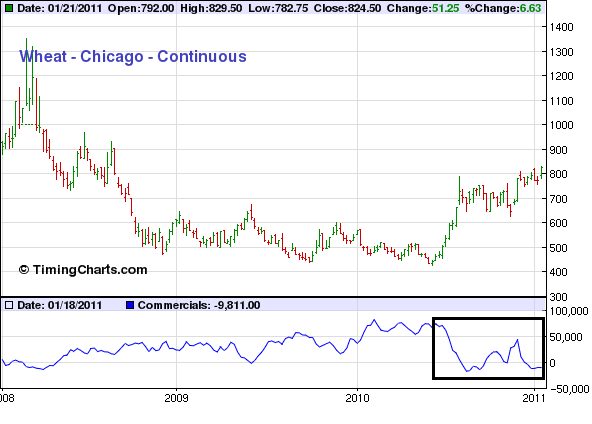 We’d also note that per sentimentrader.com, public opinion has declined from 73% bulls to 62% in Gold and from 86% to 72% in Silver.

In the larger picture, Gold and Silver are in an enviable position. While they’ve been in corrective mode, they’ve only declined marginally while shedding the speculative “hot” money that in fact, continues to reside in other markets. Moreover, as the economic recovery stagnates and more monetization is forced on the US and other governments, Gold and Silver will reassert their leadership. Money will come out of bonds in favor of the premier hard assets, Gold and Silver.

If this analysis appeals to you, then join us at our professional service for a free 14-day trial as we navigate the bumpy but rewarding bull market in the high potential juniors.
Good Luck!