Controlled markets in which price does not equilibrate supply and demand are often characterized by shortages. When this happens in gold market, it’s called “tightness” rather than shortages. It sounds better.

The tightness in gold is revealed by the growing spread between physical and paper gold. This is revealed in the chart below. The tightness becomes statistically significant when spread exceeds two deviations. The spread currently stands at 1.73. Physical relentless push since October 2010 and the spread’s stickiness during the paper operation have to be raising some eyebrows. 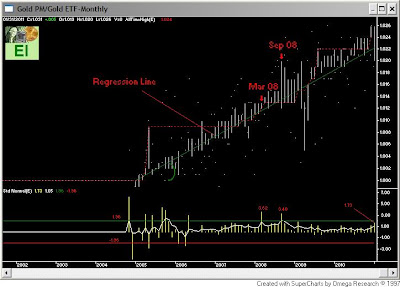 Gold and silver were both up in Asia Tuesday as sentiment started to firm after repeated tests of technical support in recent sessions.

Indications from the physical market in Asia point to continued strong demand, while gold is likely to benefit from any intensification of the euro-zone sovereign debt crisis.
Mitsui Global Precious Metals said the “physical market will be tight for a while,” sentiment echoed by the Perth Mint, which told Dow Jones Newswires that physical gold demand from Asia exceeded its current ability to supply.

“There are signs that buyers are entering the frame once again,” Triland said in a note.

Source: The Gold Market Is ‘Tight’

Silver Wheaton: A Double in Waiting?