With consideration to our variant methodologies for establishing a context for the downtrend in long-term yields, we believe the move has reached the dregs of the trend. Over the past year, we’ve posted the following 10-year yield charts ad infinitum, with the idea that long-term yields were poised to retrace a significant portion of the move that had reached a relative performance extreme at the end of 2013. 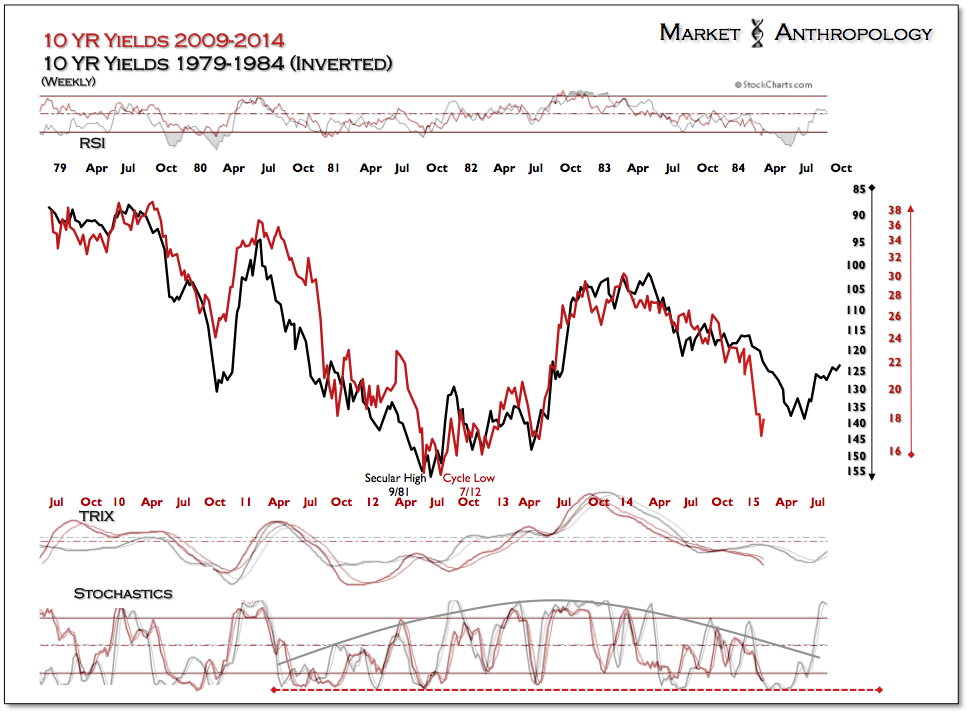 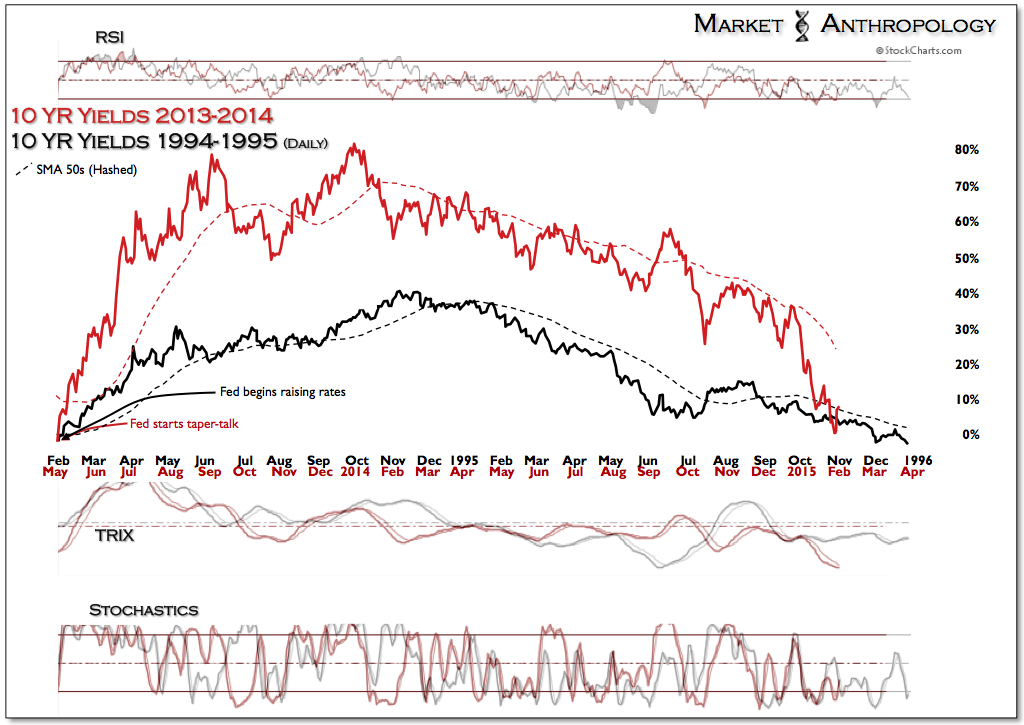 Last Friday, 10-year yields closed just 2 basis points higher (1.68%) than the May 1, 2013 close – which served as the power low for the subsequent taper-tantrum. From our perspective, the risk/reward for traders long Treasuries here is no longer compelling. Moreover – and as alluded to in recent notes, the significant move by the ECB last month to begin quantitative easing should provide further incentive and traction over an intermediate timeframe away from the safe haven shores of long-term Treasuries.

Upstream, we continue to find constructive action in burgeoning reflationary trends – namely, in gold and silver, that have led what we suspect will become a broader pivot in other downtrodden hard commodities such as oil and copper. We reiterate our call that TIPS look attractive relative to nominal Treasuries, with the more aggressive reflationary trade still found in silver then gold. On the immediate horizon, gold has become vulnerable to completing a quick retracement back to ~$1230, before we see it attempting to break out above its highs from last March and challenging it’s first major retracement level above $1400. In either scenario over the next week, precious metals remain one of our favorite positions and would look to increase long-term allocations, primarily relative to U.S. equities – but also now with respect to long-term Treasuries as well.

Overall, the moves from the most recent deflationary scare have continued to follow the exhaustion sequence witnessed at the end of 2008, when a much larger deflationary squall hit the markets and inflation expectations. Despite the sharp retracement in equities this week, we are looking for the SPX to resume its downtrend – with a pivot inverse to what we expect will become a cyclical low in inflation expectations.