Gold is in a bull market and so are the gold stocks despite their struggle as a group to outperform Gold. This is nothing new though. We’ve written about this in the past and Steve Saville has before us. Nevertheless, the miners are in a secular bull market and investors need to pick better stocks and ignore the hundreds of losers. The bull market is moving forward but is nowhere close to a bubble nor the speculative zeal we saw in 2006-2007. Thus, it begs the question of what lies ahead and when can we expect the initial stages of a bubble.

In order to figure this out we first need to get an idea of how long the bull market will last.
Below is a great chart from Cycle Pro Outlook. It uses John Williams’ CPI, which is consistent over time. Interestingly, Steven Williams of Cycle Pro has found a 17.6 year cycle between equity bull and bear markets. It fits fairly well with the alternation between equity and commodity bull markets. 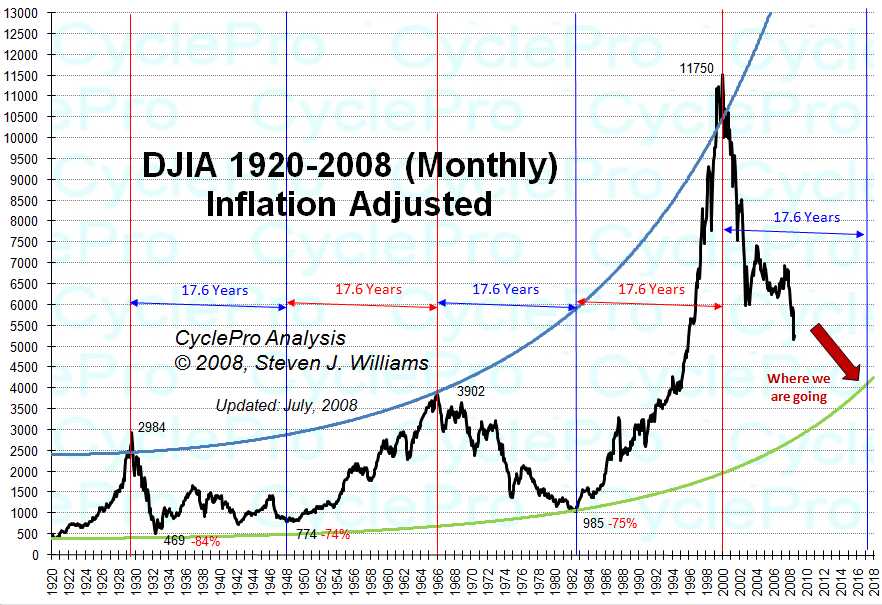 So are we looking at something closer to 15 or 20 years?

The following chart should answer that. This is the Barrons Gold Mining Index, courtesy of sharelynx.com. There isn’t much data available on gold stocks but what is available shows that the 1980 high is roughly equivalent to the 2008 high. The gold stocks broke to a new all-time high but it won’t be confirmed until they sustain the breakout and make new highs. Eventually the breakout will be confirmed with the next leg higher. The point here is do not expect this secular bull market to end four or five years after a major multi-decade breakout. That is too soon.

Moving along, lets take a look at the Nasdaq because there are some similarities. The Nasdaq had its initial rise from 1982 to 1987. Following 1987, it would be four years until the market was able to breakout to sustained new highs. That was nine years into the bull market. The bubble began just before the 13th year of the bull market, in 1995. The circle shows where I think we are now based on various indices which includes my proprietary gold and silver indices. 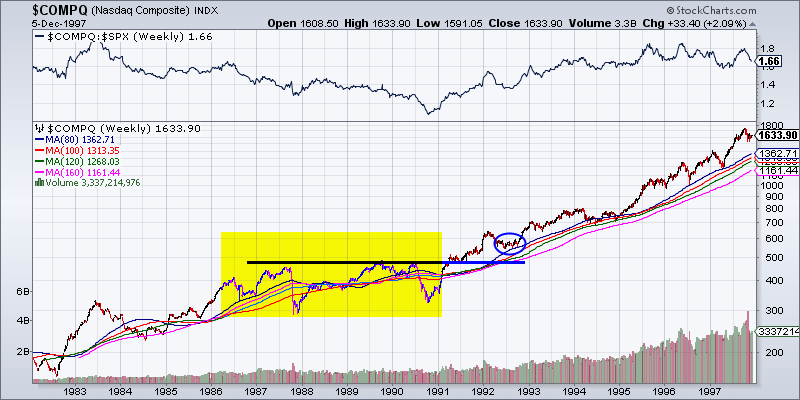 The early conclusion is that the start of the bubble is at least a few years away. Based on the price action we are likely to have a major breakout and a few years of strength which will set the stage for the start of a bubble perhaps in 2014. As you can see in the chart below, the gold stocks while in the 11th year of their bull market have not sustained a new all-time high for quite a while. The gold stocks are ripe for a breakout and a powerful move higher. 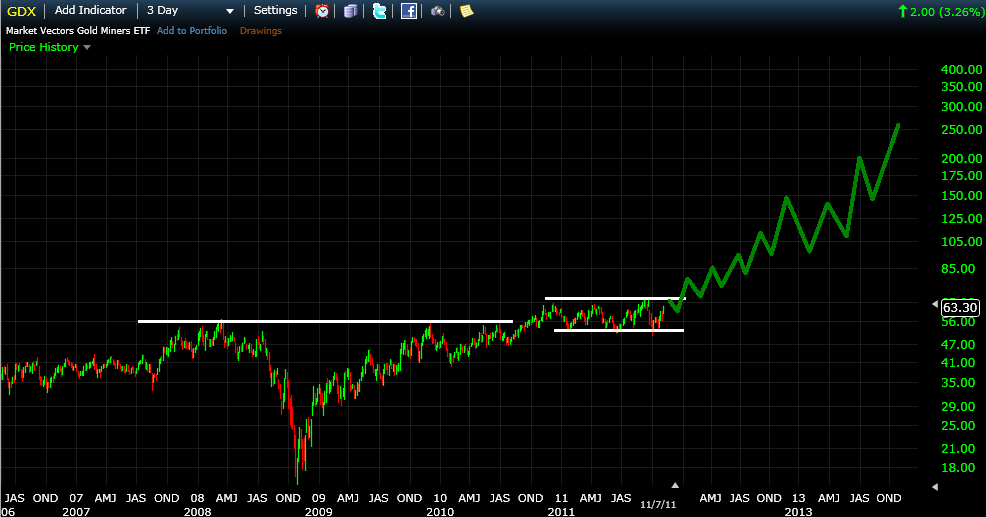 The gold stocks are soon to begin the 12th year of their bull market. As we know, most bull markets last 15 to 20 years and end in an accelerated fashion. Based on our research we believe this bull market will end close to 2020 (say 2018). The gold stocks are slowly moving closer and closer to a major breakout which would likely produce a multi-year acceleration that would set the stage for the birth of a bubble. In our premium service we manage short-term volatility and risks while keeping our eyes on the big picture which could be extremely promising in 2012 and 2013. If you’d like professional guidance in navigating this bull market and finding the best performing stocks, then we invite you to learn more about our service.