We should also note that Gold looks healthy in real terms. The real price of Gold is what drives Gold producers and their leverage or lack thereof to Gold. As we can see, Gold has bottomed against Industrial Metals and Oil and looks set to initiate a new uptrend for the first time since late 2008. 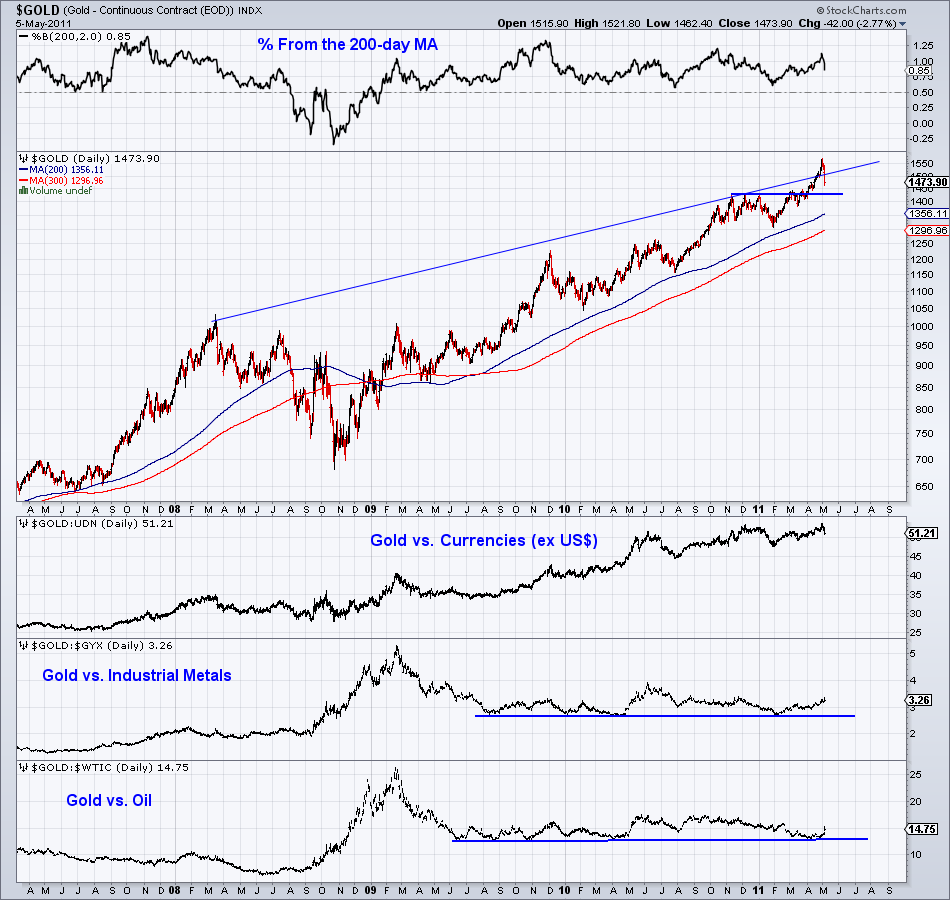 Silver already reached our $33-$34 downside target. We thought Silver would break $40 this week but we didn’t expect it to go below $37-$38. The ultimate bottom could come in the $28 to $30 range. Also keep an eye on the 300-day MA as it has provided consistent support throughout most of the bull market. 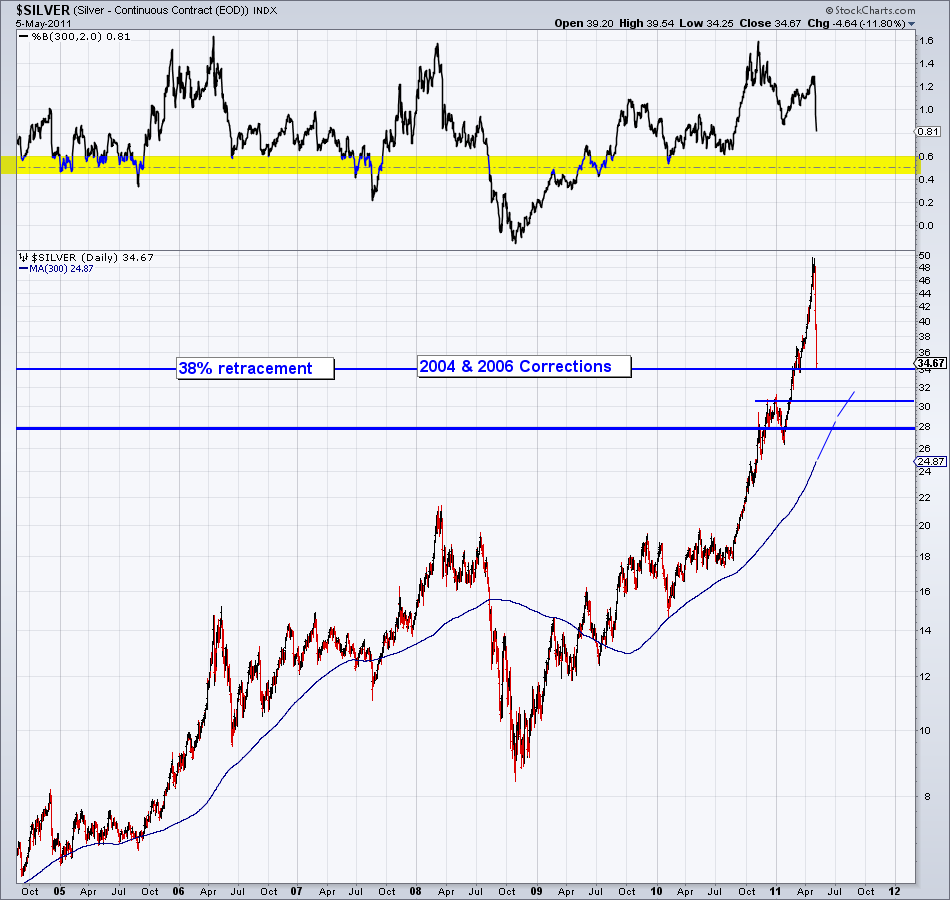 We and you should know better than the media and pundits who are jumping all over Gold and Silver as if its the end of the bull market. If you missed the chance to get in, now you have the chance. It’s often said “Buy on the dips.” Well in Silver we just saw a 30% correction. Don’t fear. It happened in 2004 and 2006. It is normal for this bull market. The same can be said for Gold. Its corrected many times.

Folks we are now in the second decade of this bull market. We studied various secular bull markets and found that most accelerate in the 11th or 12th year. By the 13th year it is clear where the bull market is headed. We are in the 11th year of this bull market. Hence, it is critical to take advantage of this weakness and a coming period of consolidation. Stocks are nearing major resistance and the economy isn’t getting any better. The budget deficit and growing debt burden are total disasters in the making. If you don’t think Gold and Silver are in a bull market then you are beyond help. However, if you do, then consider a free 14-day trial to our service so we can professionally assist you in riding this bull market.