While the ebb and flow is becoming more violent in gold and silver, its increasing amplitude does not alter the secular trend.

A parabolic or extended run, like clown at a formal business convention, will be obvious. The acceleration from the primary trend will reveal itself through a statistical ‘spike’. All the chatter about an exhausted parabolic run is unsupported from a long-term, primary trend perspective. 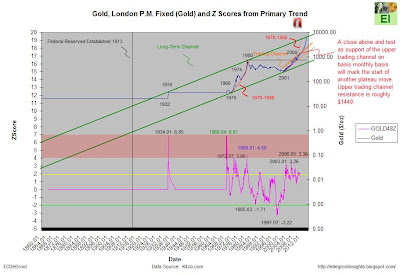 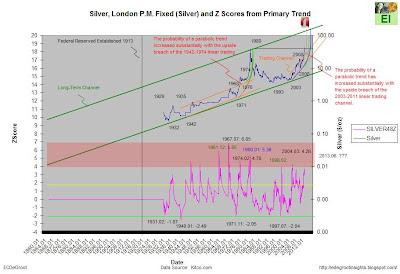 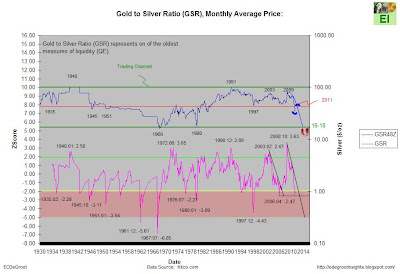 With gold and silver still recovering, today King World News interviewed the legendary Jim Sinclair. When asked about the volatility in gold and silver Sinclair replied, “The bonds are indicating that the psychology which is most supportive to gold is returning to the market place. And the action in gold after the recent reaction in gold, is so stout, so strong, as is silver itself, so stout, so strong in its recovery, that the only conclusion that you can come to is that we have not established a top in silver and clearly we’re nowhere near a top in gold.”

Here are a few more snippets from Sinclair’s interview:

“The recovery in silver, the fact that it got plowed down, but its character now seems to deny the recent break, I think silver is acting very, very well and as previously stated, I don’t believe we’ve seen a top in silver yet.

When asked about gold specifically Sinclair stated, “$1,764 is calling on gold now and the market is reacting to it. It is calling, it is the magnet pulling most heavily on gold right now.”

When asked about the shares Sinclair had this to say, “I know what kind of money these companies are going to make. I understand what kind of cash flow that can be generated from this type of price on gold. There is no way on earth at this point that the hedge funds (short miners) are going to be correct. In fact they are the ostriches with their heads in the sand. No share will remain under pressure of a hedge fund when it begins to put out the type of cash flow that the price of gold now will result in.”

Click here to read the rest of the written interview and listen to the verbal interview on KingWorldNews.com…

Freefall in Silver, What’s Next?

Steve Forbes: “The US Will Likely Have A Gold Standard Within The Next Five Years”